The top two Republicans are coming to the state for some last-minute campaigning.

ATLANTA - The top two Republicans are both heading to Georgia on the eve of the two runoff elections that will determine control of the U.S. Senate.

With little time to spare, Loeffler held multiple events over the weekend, including one with South Dakota Gov. Kristi Noem.

"You've got to call your friends, your family, your co-workers, your folks at school and church, your frenemies," she said at one rally. "Make sure they have a plan to vote because the future of the country is on the line."

Perdue is in quarantine and unable to campaign due to exposure to a person who tested positive for COVID-19, but remains active, speaking to Fox News Sunday morning to claim his challenge Jon Ossoff has lied about connections to the Chinese Communist Party. 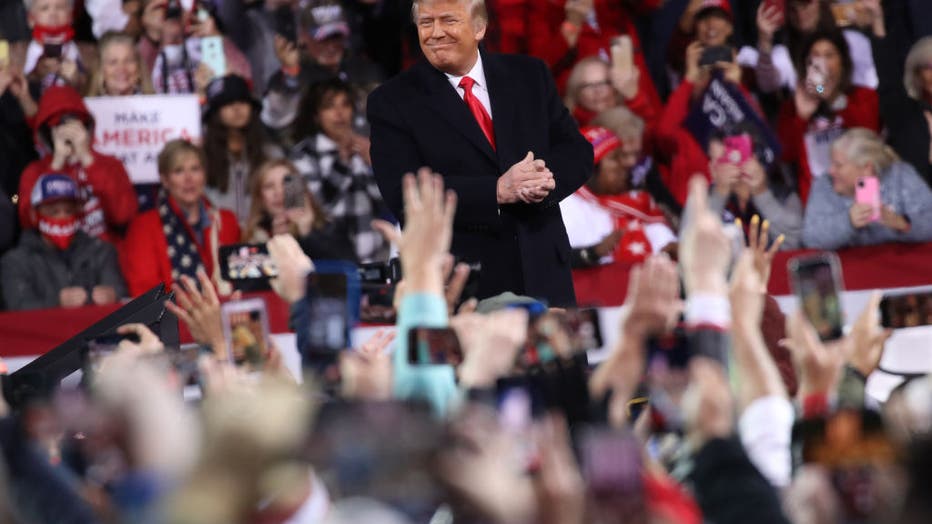 "He hid it from the people of Georgia during his primary, got caught, lied about it, finally disclosed it, and then lied about it again," Perdue said.

Vice President Pence will appear at a noon event at a church in Milner.

Trump's visit comes a day after a leaked phone call of a conversation between the president and Georgia Secretary of State Brad Raffensperger in which Trump pressured the official to "find" enough votes to overturn Joe Biden’s win in the state.

At one point in the conversation, Trump appeared to threaten Raffensperger and Ryan Germany, the secretary of state’s legal counsel, by suggesting both could be criminally liable if they failed to find that thousands of ballots in Fulton County had been illegally destroyed. There is no evidence to support Trump’s claim.

"That’s a criminal offense," Trump says. "And you can’t let that happen."

Trump noted on the call that he intended to repeat his claims about fraud at the rally Monday night.

Republicans need to win just one of the two seats on the ballot to maintain Senate control. Democrats need to win both for a 50-50 split that would make Harris, as the Senate’s presiding officer, the tie-breaking vote.