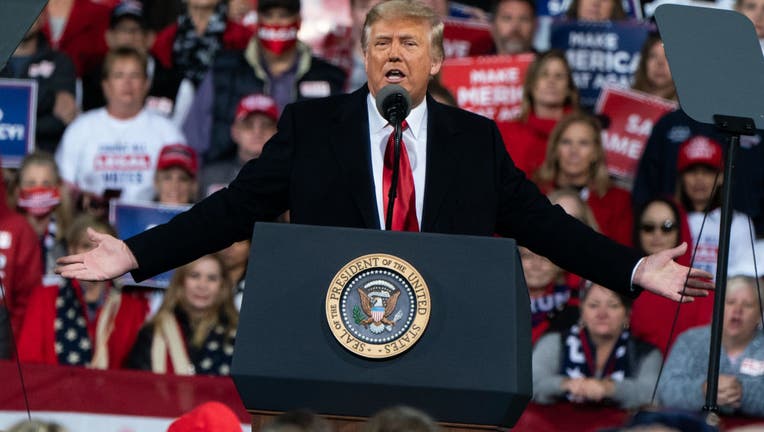 PERRY, Ga. - Former President Donald Trump will return to Georgia in late September for a rally.

The Republican politician and business leader is slated to headline a "Save America Rally" on Sept. 25 at the Georgia National Fairgrounds and Agricenter in Perry, Georgia.

The event's doors open at 2 p.m. and you can register for tickets here.

The rally comes in the same month that Trump announced his endorsement of state Sen. Burt Jones in the GOP primary for lieutenant governor and newly declared U.S. Senate candidate Herschel Walker.

Neither endorsement was a surprise. Trump had publicly encouraged Walker to enter the race, while he had attacked Jones’ top GOP rival, Senate President Pro Tem Butch Miller of Gainesville, for not doing enough to try to overturn President Joe Biden’s November victory in Georgia.

Trump in March endorsed U.S. Rep. Jody Hice’s bid for secretary of state as he seeks to unseat fellow Republican and incumbent Brad Raffensperger, a much more prominent target of Trump’s ire in his loss of Georgia’s 16 electoral votes.

Gov. Brian Kemp has also been a subject of Trump’s wrath. The former president has not endorsed a challenger to Kemp, although Democrat-turned-Republican Vernon Jones has been openly campaigning for Trump’s support. Some Trump-aligned forces have sought to line up other challengers to Kemp.

Jones was an early endorser of Trump in 2016. He was one of a group of state senators who urged Kemp to call a special session to consider overturning Georgia’s presidential election results and who signed a court brief supporting a failed lawsuit by Texas officials challenging election results in Georgia and other states. Jones also mounted an unsuccessful challenge to Miller for president pro tem. Those two actions led Miller and other Senate Republican leaders to strip Jones of his committee chair position.