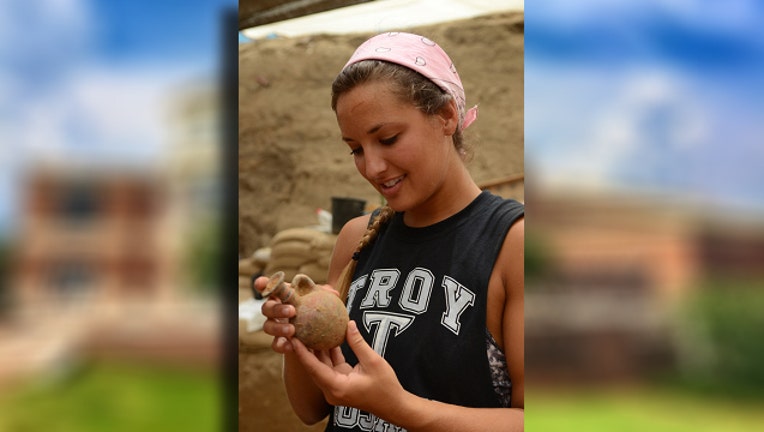 TROY, Ala. (AP) — Troy University students have been engaged in an overseas archaeological expedition aimed at uncovering new details about the Philistines, a race of people described in the Bible.

The Dothan Eagle reports that the dig in Israel uncovered what's believed to have been a Philistine cemetery in the area of Ashkelon, a site near Tel Aviv, Israel.

The Dothan newspaper reports that researchers believe the discovery could reveal more information about the Philistines and their origins.

Troy University said the school joined the Leon Levy Foundation, Harvard's Semitic Museum, Boston College and Wheaton College in a consortium to continue an ongoing excavation that began in 1985. It has teamed professional archaeologists with students and volunteers to conduct annual excavations of the ancient city about 35 miles south of Tel Aviv.