Some people concerned about trash being left behind at Piedmont Park.

ATLANTA - An Atlanta resident is calling on visitors to Piedmont Park to clean up their act and questions whether the city can do more to prevent garbage from piling up.

Piedmont Park is a popular year-round destination and typically attracts a large crowd on weekends, but Kem Solomon is concerned about what they're leaving behind.

Dismayed by the sight that greeted her as she set off on a morning walk in the park Monday, Solomon took photos of overflowing garbage cans, trash, and other debris that littered the park.

"A lot of cups, trash left on the side of the stairs and in a lot of the areas they had styrofoam coolers, there were boxes of food containers just kind of sprawled all out through the park," she said.

The Atlanta native who recently moved downtown was caught off-guard to find the park in that condition. 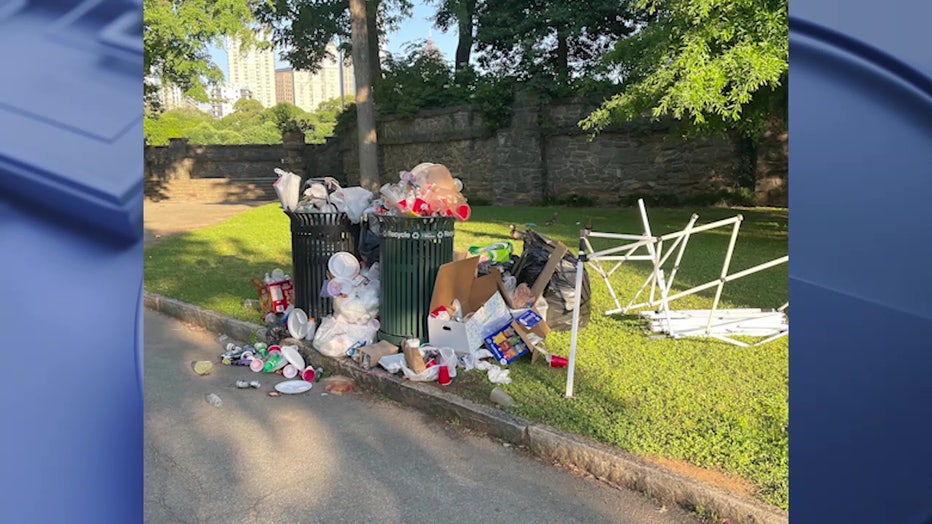 "It was everywhere and for this to be a premier park in Atlanta and this isn't what we do.  We don't leave trash out and I don't blame the city," Solomon said.  "I do blame a lot of the people that are visiting in the area that leave their trash, because we are responsible for keeping our place clean."

Parkgoers described a similar scene over Mother's Day weekend.  After seeing the amount of trash that had piled up Monday morning, Solomon questioned whether the city maintains the park on weekends.

"I don't know if maybe they have a weekend crew, but they need to look into that. Everyone has to do their part," she said. "We just can't say the city didn't clean it up.  It's a part of our responsibility because we live in the area to keep it clean."

FOX 5 contacted city officials about the volume of trash Monday morning and the weekend park maintenance schedule. A city spokesman said they would look into the matter. 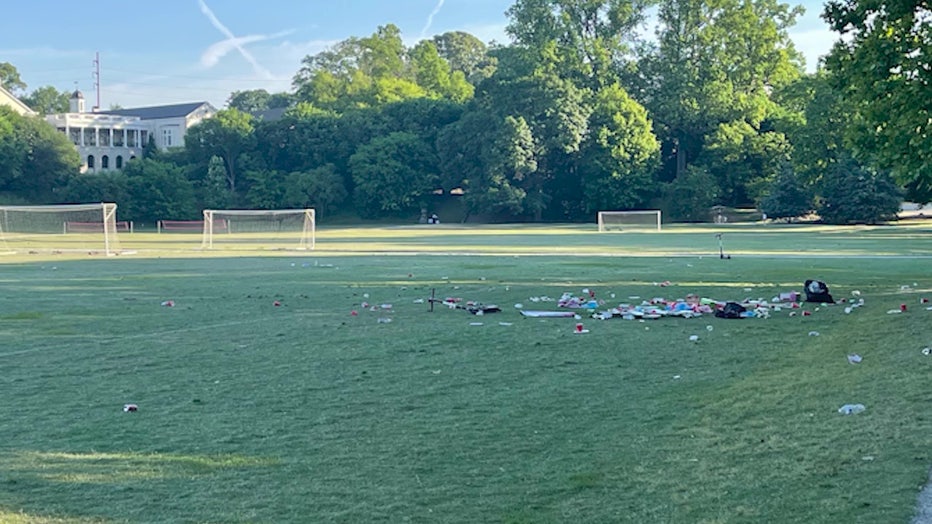 Solomon believes park visitors should do more by picking up after themselves and taking their trash with them if the park receptacles are full.

"It's everyone's responsibility.  It's the city's, it's the people who live in the city, and even our visitors we have to require they do that as well," she says.