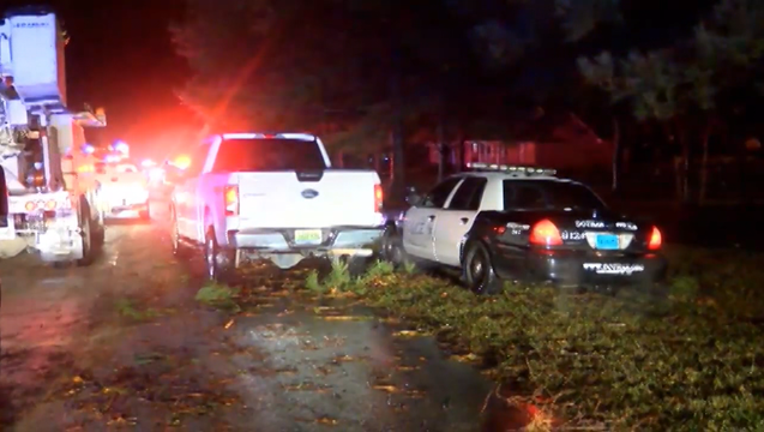 A survey team concludes a tree that crashed through a mobile home near Rehobeth, killing four, was felled by straight-line thunderstorm winds.

The team concludes winds of 85 mph were related to a nearby tornado with 115 mph winds.

At least 19 tornadoes have been counted in Alabama, Mississippi, Georgia and Louisiana.