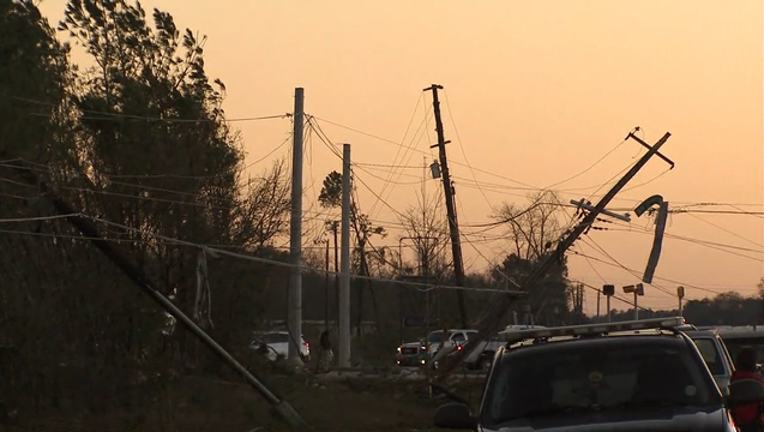 ALBANY, Ga. - A boy remains missing five years after he vanished during a southwest Georgia tornado.

Detrez Green was 2 years old when his parents reported him missing on Jan. 22, 2017, after a tornado hit Dougherty County.

The Georgia Bureau of Investigation says it is still looking for Green, who would be 7 today, and still occasionally receives tips, WALB-TV reported.

"We don’t want to say we’re looking for a person in the past tense," GBI agent Marko Jones said. "We’re still actively looking for him."

Green’s parents, Kevian Green and Adaijah Rainey, told emergency workers they couldn’t find him after a tornado with winds of 150 mph (240 kilometers per hour) hit their mobile home. They said they last saw Detrez Green as a tree fell on their home.

Five years after a tornado ripped through a Georgia town, a toddler who disappeared following the wreckage remains missing. Investigators say they don't even have a photo of the boy to solicit leads.

"Any child investigation is difficult, but this one is magnified because we have so little info to go on," Jones said. "Here, we don’t have anything. We just have a report that the child is missing, and that is it."

More than 200 people helped search for Detrez Green in the days following the storm, including using dogs, searching from the air and draining a nearby pond. Searchers found nothing, not even the boy’s clothes.

Five Albany residents were killed in the tornado, which stayed on the ground for 70 miles across five southwest Georgia counties. Another tornado in the same outbreak killed 11 people in Brooks and Cook counties.