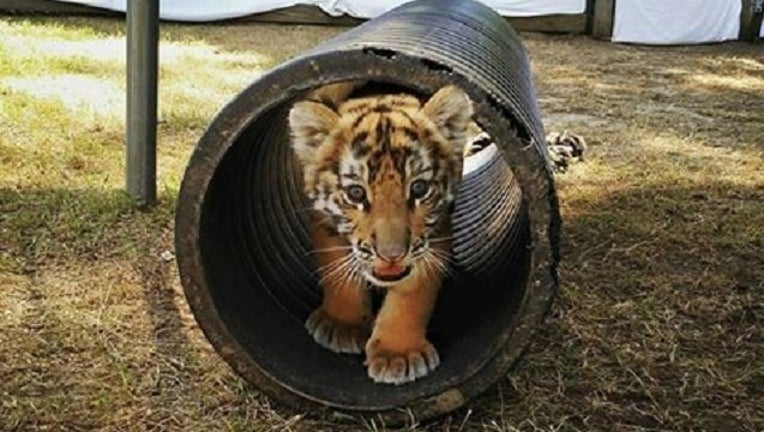 GULF SHORES, Ala. (AP) — The practice of handling tiger cubs during interactions at the Alabama Gulf Coast Zoo in Gulf Shores is ending.

Al.com reports that the encounters were stopped after the U.S. Department of Agriculture called for an ending of using tiger, lion, and other big-cat cubs as hands-on zoo attractions.

The USDA made the announcement earlier this year, and zoo officials this week posted the news on the attraction's Facebook page.

Patti Hall, director of the Alabama Gulf Coast Zoo, said zoo officials were glad to be able to provide the encounters when they could. She said zoo officials are sorry to disappoint the many people who looked forward to the experience, and that the care and well-being of the zoo's animals has always been the biggest priority.