The FOX 5 Storm Team is tracking a wet and stormy day ... and a big cold blast that will follow tonight.

ATLANTA - A strong cold front will move through north Georgia on Wednesday bringing the prospect of heavy rain and strong to severe storms. After the front passes it will be windy and cold Thursday with freezing temps likely on Friday morning.

The severe storm risk is "Slight" or a 2 out of 5 for parts of metro Atlanta. The greatest threat will be damaging winds, some hail, and a low-end risk for a quick spin-up tornado. 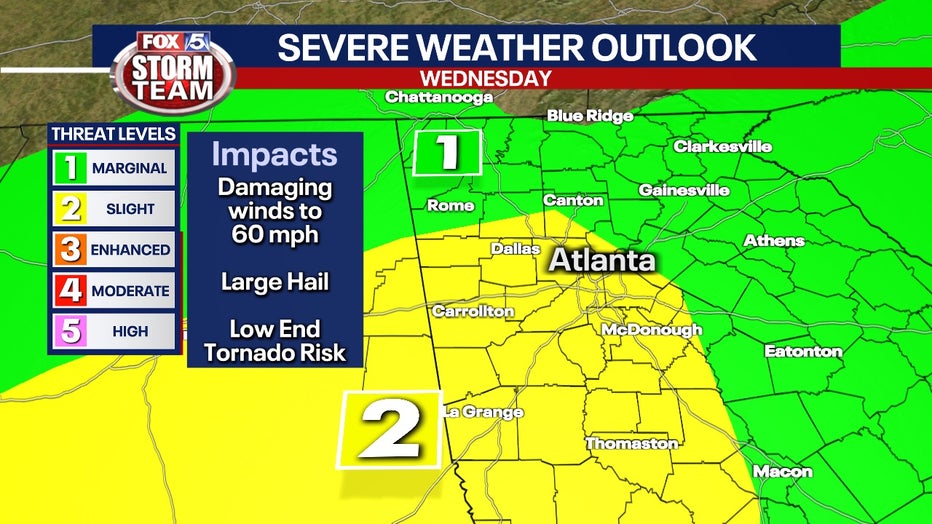 The greatest threat for flooding will be in north and northwest Georgia where the ground is already saturated and stream flows are running high. 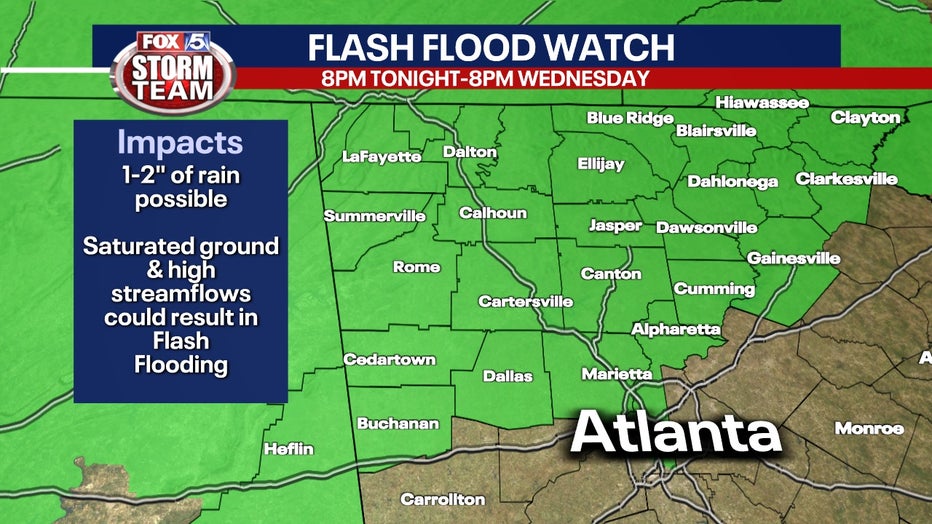 About 1 to 2 inches of rain is expected with this system with some areas seeing up to 2.5 inches. 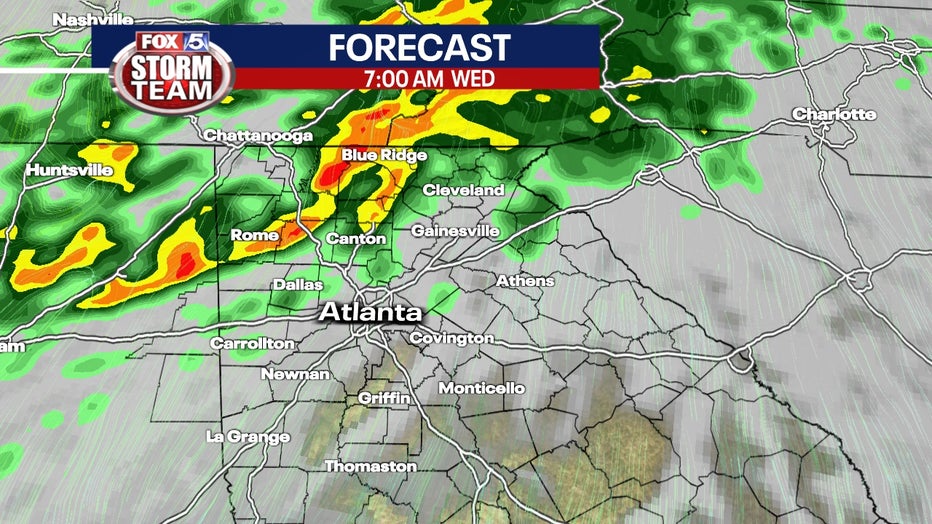 Some isolated showers will move into the area overnight, but that will become more widespread as the morning progresses.

Some of those showers will turn into thunderstorms as the day progresses. 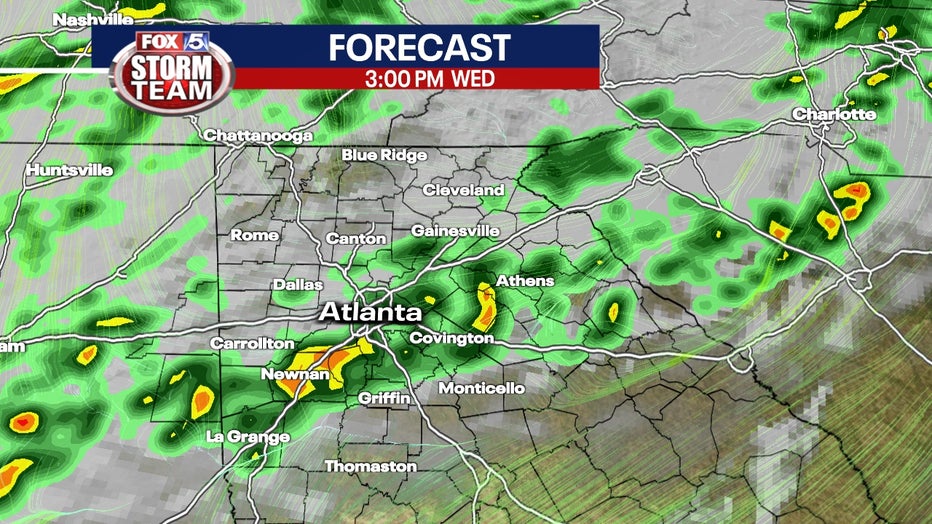 The larger thunderstorms that could potentially become severe are expected later in the afternoon and the first part of the evening. 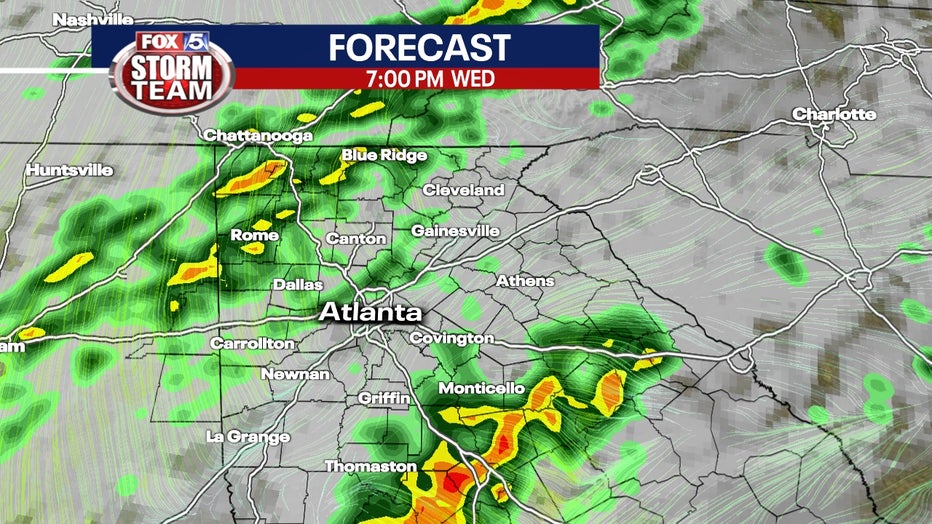 Colder air then moves in behind the front. 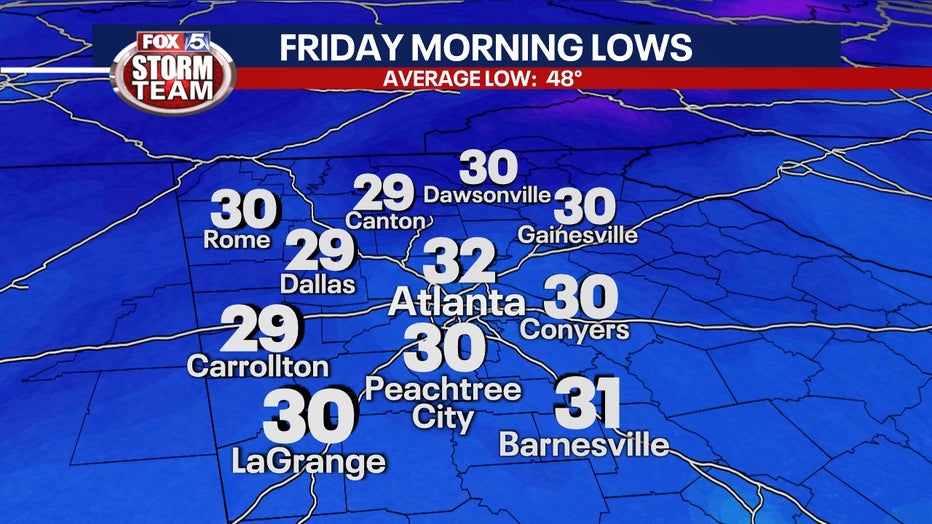 Temperatures by Friday morning will be around and below freezing. 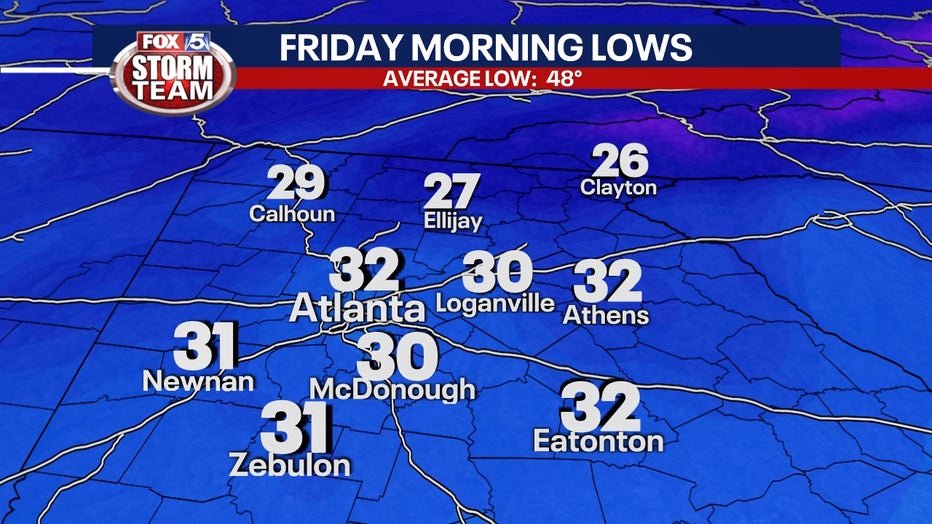