Some bold car burglars targeted a southwest Atlanta parking lot, hitting 18 vehicles, most of which were owned by senior citizens on fixed incomes.

Cops said it happened in the parking lot at Park View at Coventry Station overnight Friday into Saturday.

On Monday, the parking lot was covered in shards of glass and plastic bags covered several car windows.

"My front passenger side busted out," said Levi Williams, who said he just bought his car this month. "I looked around at all of the cars, and I saw so many cars with their windows busted out."

Most of the victims are retired and those who are living on a fixed income said they have been scrambling to come up with the money to replace their car windows.

"I think it’s disgusting. This is a senior complex," said Michelle Grace, a resident at the complex. "People are on a fixed income, who receive social security. Some of the victims were over 80 years old."

Police told FOX 5 that all but one car had missing items.

"Someone who does that, you know you have to question their morals," said Bill Tense, 67, who was visiting Grace when his car was hit. "Why would they target senior citizens?" 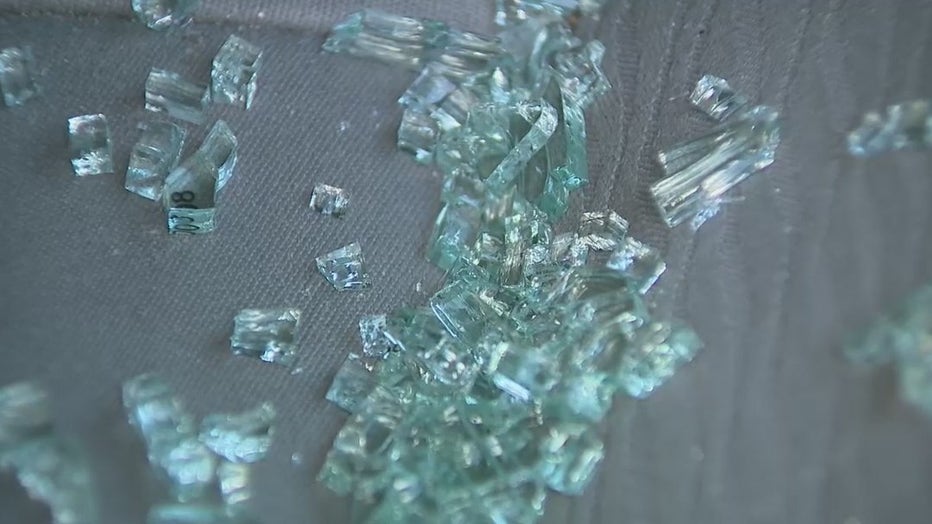 Residents said this also has made them worry about their safety.

"What if I walked up on somebody like that?" said Williams. "There are no cameras out here in the parking lot and there have been some situations here in the past."

Some residents demanded an around-the-clock security patrol. Others, a gate at the front entrance.

Management did not return a request for comment late Monday evening.

Tense had this message to whoever is behind all this.

"You have to do something else with your life," he said. "I mean, get yourself up to work for what you want and you’ll live a lot better life."