5 deadly diseases that made a comeback in the last decade

Measles, the plague, and cholera are some of the deadly diseases that have made a comeback over the past 10 years.

LOS ANGELES - Some diseases and infections have made an alarming comeback in the past decade, such as measles — which many health officials believed could have been eradicated with proper public health measures. Here’s a look at five of the worst:

More than 140,000 people died from measles in 2018, according to new estimates from both the WHO and the U.S. Centers for Disease Control and Prevention, and nearly 10 million people were infected globally.

Measles is preventable through vaccination, but global vaccination rates have stagnated for the past decade. This has caused devastating outbreaks to hit every region of the globe.

Most cases of measles were in children under the age of five — babies and young children have the highest risk of contracting a measles infection. Potential complications include pneumonia and encephalitis (swelling of the brain), as well as lifelong disabilities, such as permanent brain damage, blindness or hearing loss.

“The fact that any child dies from a vaccine-preventable disease like measles is frankly an outrage and a collective failure to protect the world’s most vulnerable children,” said Dr Tedros Adhanom Ghebreysus, Director-General of the WHO. “To save lives, we must ensure everyone can benefit from vaccines - which means investing in immunization and quality health care as a right for all.”

RELATED: These 25 U.S. counties have highest risk of measles outbreak in 2019, researchers say

This year, the U.S. reported its highest number of measles cases in 25 years, according to WHO. In addition, Albania, Czechia, Greece and the United Kingdom all lost their measles elimination status in 2018 after outbreaks of measles occurred in each country. A country loses its measles elimination status if the disease re-enters the country, and if transmission is sustained continuously within the country for longer than a year.

“We’ve had a safe and effective measles vaccine for over 50 years,” said Dr. Robert Linkins, Branch Chief of Accelerated Disease Control and Vaccine Preventable Disease Surveillance at the CDC and Chair of the Measles & Rubella Initiative. “These estimates remind us that every child, everywhere needs – and deserves - this life-saving vaccine. We must turn this trend around and stop these preventable deaths by improving measles vaccine access and coverage.”

To protect populations from measles, the WHO recommend that 95 percent of all people in each country and all communities get both recommended doses of measles vaccine. 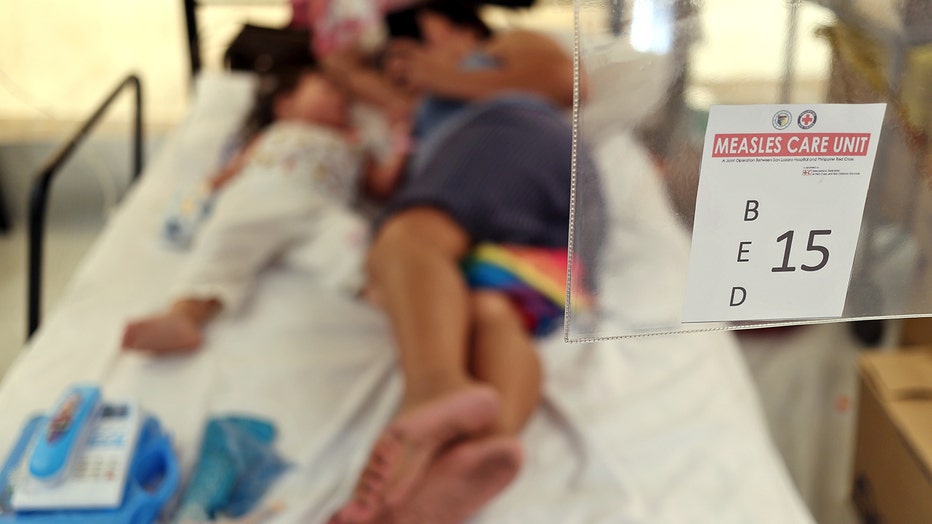 A Filipino child suffering from measles is treated in a hospital in Manila during a serious outbreak of the disease earlier this year.

In November, a small outbreak of plague sprung up in China, causing a brief panic. Two people were diagnosed with pneumonic plague — the kind that is most easily transmitted from person to person — and a third person was diagnosed with bubonic plague shortly after.

While there have been three great plague pandemics throughout human history, each of which claimed tens of millions of lives, the risk of another such pandemic is highly unlikely thanks to antibiotics (that is, while antibiotics are still effective).

Between 2010 and 2015, 3,248 cases were reported globally and 584 patients died from the disease, according to the World Health Organization.

Last May, a couple in Mongolia died of bubonic plague after eating the raw kidney of a marmot.

Whether bubonic, septicemic or pneumonic, the plague is an infectious disease that stems from the bacteria Yersinia pestis, and it can affect rodents, some other types of animals and humans.

An alarming November report from the Centers for Disease Control and Prevention said that the age of antibiotic resistance is already here in the form of superbugs that have evolved to withstand treatment by the very antibiotics designed to kill them.

More than 2.8 million antibiotic-resistant infections occur in the U.S. each year, resulting in about 35,000 deaths annually, and the CDC pulls no punches in pointing out that this is just the tip of the iceberg. The only reason health officials have been relatively unconcerned about a fourth plague pandemic is because of the availability of effective antibiotics.

RELATED: Antibiotic-resistant superbugs kill 35K Americans each year — and CDC warns worst is yet to come

One example of a deadly antibiotic resistant disease is tuberculosis, which is one of the world’s top 10 killers. The WHO reports that hundreds of thousands of cases of tuberculosis are becoming resistant to treatment annually.

Sexually transmitted diseases — most notably syphilis, gonorrhea and chlamydia — have caused a huge influx of infections in the U.S. in recent years can be deadly for infants who are born with one.

Newborn deaths related to congenital syphilis increased 22 percent from 2017 to 2018, according to the CDC.

The CDC also reported that gonorrhea cases are at their highest incidence rate since 1991, and chlamydia cases are at a record high.

Cholera is an aggressive disease that can cause severe acute, watery diarrhea, which can lead to death in a matter of hours if untreated. Researchers estimate that there are roughly 1.3 to 4 million cases annually, and 21,000 to 143,000 deaths globally as a result, according to the WHO.

Global warming will only make incidence of cholera infections worse — cholera is caused by the bacteria Vibrio, which has a much stronger chance of survival in warmer waters.