A custodian at Unity Grove Elementary School in Henry County couldn't believe his colleagues pitched in to buy him a car. He no longer has to walk to work every day. He's seen in a video exclaiming with his hand and head pointed to the sky before thanking teachers over and over again.

HENRY COUNTY, Ga. - A metro Atlanta school custodian no longer has to walk to work, thanks to some generous faculty from his school.

A viral video surfaced from Unity Grove Elementary School in Henry County of staff gifting a custodian, known as "Mr. Chris," a car in August.

According to a Facebook post from the elementary school, two faculty members — Ms. MacDonald and Ms. Combs — collaborated to raise money to buy the car with about 76,000 miles on it for a little more than $1,500.

Two people are seen leading "Mr. Chris" to the car and they put the keys in his hand. He seems shocked for a moment and freezes.

He then holds his arms in the air and exclaims, "There is a God." 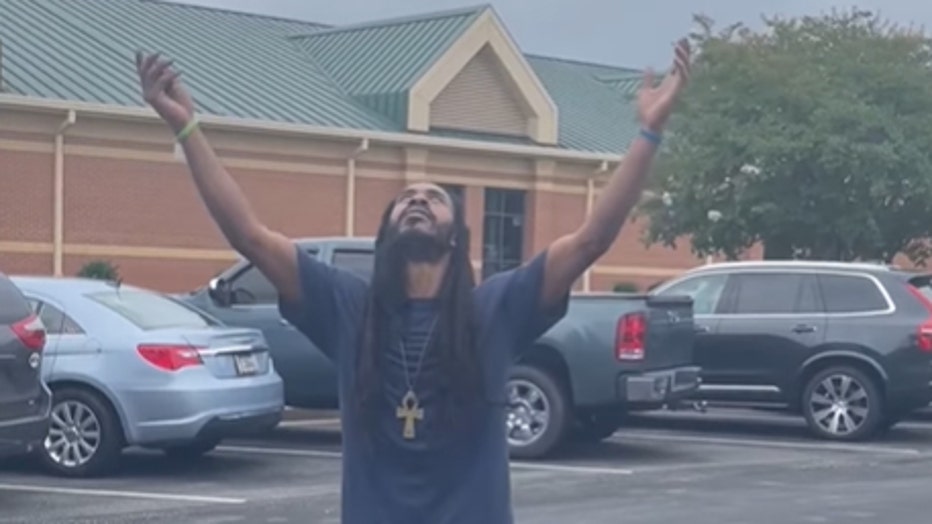 A Henry County man, known by his collogues as "Mr. Chris," throws up his arms in amazement when Unity Grove Elementary collogues tell him they pitched in to buy him a new car. He no longer has to walk to work, the school says. (Photo courtesy of Unit (FOX 5 Atlanta)

After walking around the parking lot for a few seconds, he thanks his benefactors.

"I never would have dreamt of something like this," he said. "This is mind-blowing to me."

The school said staff didn't know at the time that they happened to purchase his favorite type of car.

"Unity Grove is a special place, and we are so grateful for the people who are in our lives," the school's Facebook post says.