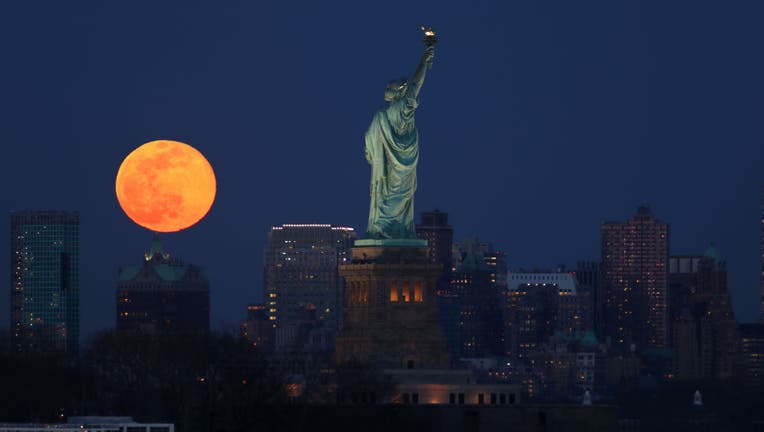 LOS ANGELES - Stargazers are in for a special treat this week with the rare opportunity of basking in the glory of an astronomical alignment eons in the making as the moon lines up with Saturn, Mars and Jupiter.

According to Space.com, viewers will have the rare chance to view all four celestial bodies in the sky starting April 14 when the moon appears on the right-hand side of Jupiter.On April 15, the moon will make its way to the middle of the group of planets from our earthly perspective.

The moon will line up with Jupiter, Saturn and Mars this week

April 16 will mark the final night to observe the galactic gathering all at once.

April 16 will mark the final night to observe the galactic gathering all at once.

“Of course, such alignments are all just a matter of perspective,” according to Space.com.

According to the website, our moon will be approximately 243,000 miles away from Earth during these encounters.

The best time to view the first gathering on April 14 is at 3 a.m. local daylight time, and if you have a telescope, the website says you’ll be able to view Jupiter’s moons in a nearly straight line on one side of the planet.