The Georgia Lottery just had its best April sales ever, the same month stimulus checks arrived.

LAWRENCEVILLE, Ga. - The COVID-19 shutdown had the Georgia Lottery staring at millions of dollars of lost sales, money the state counted on to fund the popular HOPE scholarship.

Then the stimulus checks started arriving. Suddenly, the Georgia Lottery was back on a roll.

“I don’t believe in coincidences,” said state representative Alan Powell, chairman of the committee that oversees the lottery. “But it certainly might have had something to do with it.”

“They were projecting a $200 million loss,” Powell said he was told. “Annual.”

But the next month, sales wound up sending the Georgia Lottery to the best April in its history. $408 million, $8 million more than April 2019.

Of course, when the House wins, that means someone else has to lose.

“Taxpayer-subsidized money that was intended to help people stay afloat was used by citizens who are financially desperate on Georgia lottery tickets,” complained Les Bernal, director of Stop Predatory Gambling in Washington, DC.

Worried about stimulus money going to gambling, Bernal wrote a letter April 20 to the governors in all 45 states that offer a lottery, urging them to suspend play for 30 days.

"Luring citizens to lose their money on lottery gambling games during this time defeats the intended purpose of the stimulus,” he wrote. 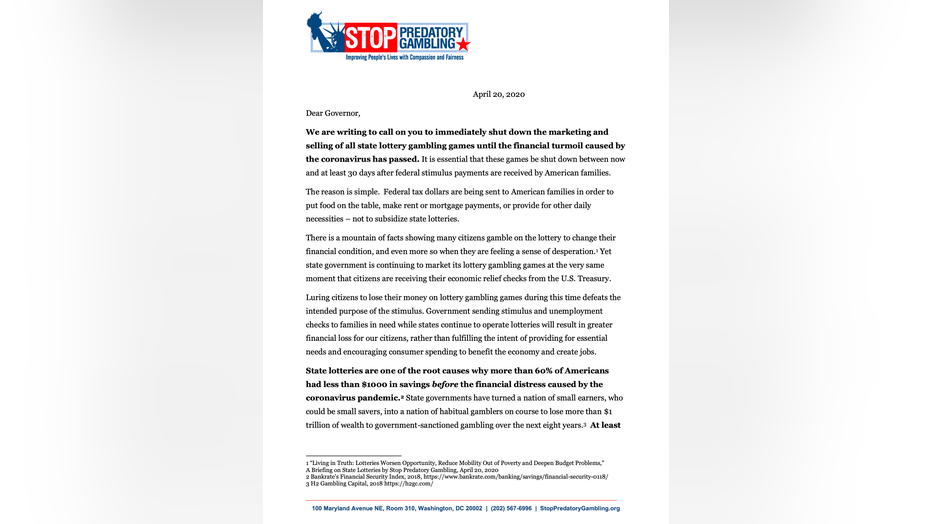 This letter went out to all 45 governors with state lotteries urging them to suspend play while the stimulus money was being distributed. According to the group Stop Predatory Gambling, none did. 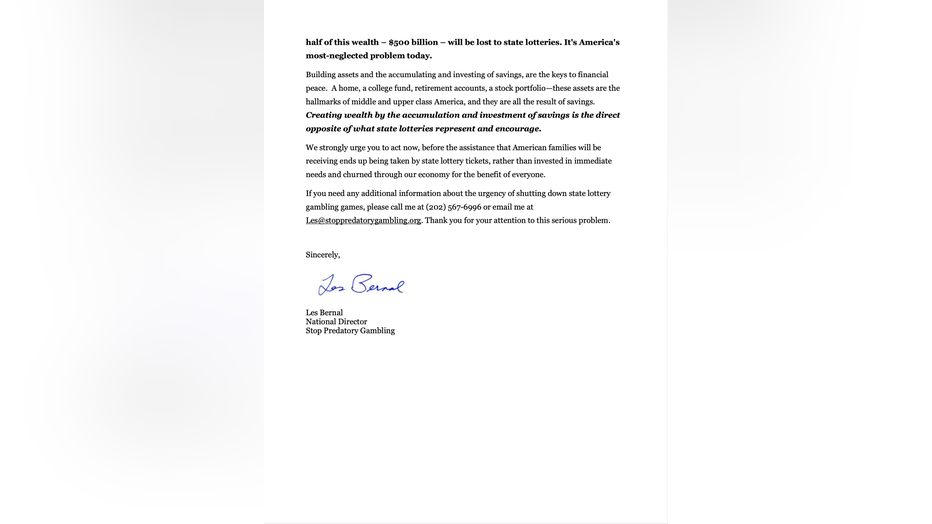 The Georgia Lottery did not suspend play, but a spokesperson said they did stop “all advertising that encouraged players to visit retail locations.”

“We recognize that during these times there have been limited entertainment options available for consumers," the statement read. "We will continue our efforts to provide fun and entertainment for players, responsibly.”

The $1200 stimulus payments began arriving on April 13. The week of April 26 through May 3 would be the Georgia Lottery’s fifth-highest sales week in its history.

It’s not the role of government in Georgia or anywhere else to encourage people to be stupid with their money.

If gambling away stimulus money is wrong, how much of the blame rests on the players rather than the government?

“People are going to make reckless decisions,” Bernal explained. “But it’s not the role of government in Georgia or anywhere else to encourage people to be stupid with their money.”

Representative Powell is one of the few legislators still in office who originally voted for the Lottery in 1992.

He also wondered how far spending money on gambling actually stimulates the economy.

“I don’t know how much circulation that went to, but I’m sure the students that are doing HOPE, I’m sure they appreciate it,” he said.

The Georgia Lottery said it doesn’t yet have its May numbers available, but they are seeing signs that the April uptick is continuing, with increases “across all product lines.”