After a party, security footage shows a man stumbled through a nearby graveyard, hopping a fence and wandering around a home. The woman found the man inside and confronted him. The man seemed confused and claimed he lived in the house.

MARIETTA, Ga. - It was a rude awakening for a Marietta family. A man jumped the fence and wandered around their home as they slept and the family's security system caught it all on camera.

Marietta police are looking for the man who jumped this fence Sunday morning. Video caught the slender young white man in a blue hoodie that reads "Legendary New York" wandering around the house disoriented while the people inside slept.

"That's when my dogs started barking when he tried to come back inside and my wife just happened to wake up and go to the front door and saw him, approached him as he was trying to come back in," said Rafael Dicristina

A Marietta homeowner's surveillance cameras were rolling as a man jumped a fence and wandered into her home as she slept. Now police are trying to find the man.

Discristina was already at work that Sunday morning with everything that happened. His wife, who doesn't want to be named or have her face shown, said the man claimed he lived in her home and had slept there that night. In reality, he jumped the fence a little after 8 a.m. and walked around for 10 minutes before she woke up.

"Very brave, um, too brave. She stopped him from entering the house again. Thank God the dogs were there also and my mother-in-law was there and nothing else happened," said Discristina. 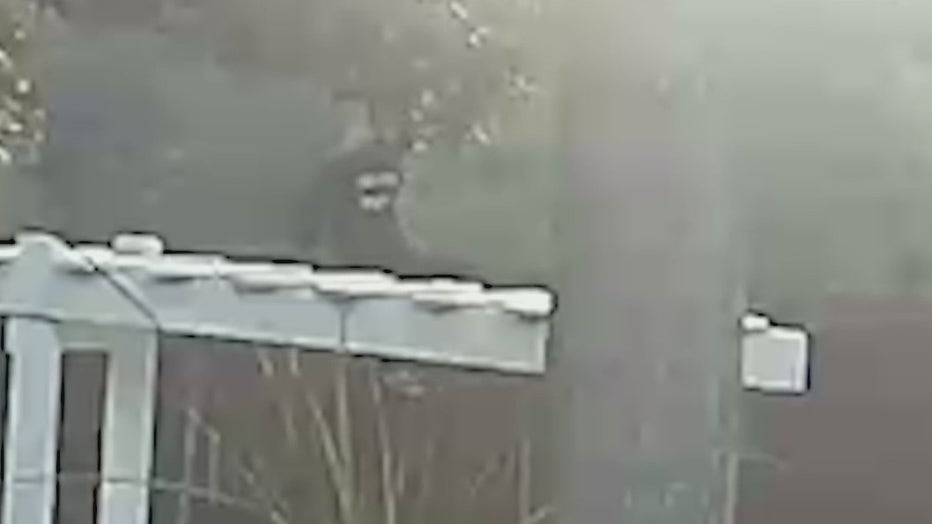 A man is caught on home surveillance hopping a fence before entering a Marietta home. (Rafael Dicristina)

Discristina said he rarely works Sundays and typically he would have been right there to protect his family and his home.

"Usually, on Sunday morning, I'm in the yard doing yard work. I probably would have seen him. Or been inside the house drinking coffee in the sunroom," he said. 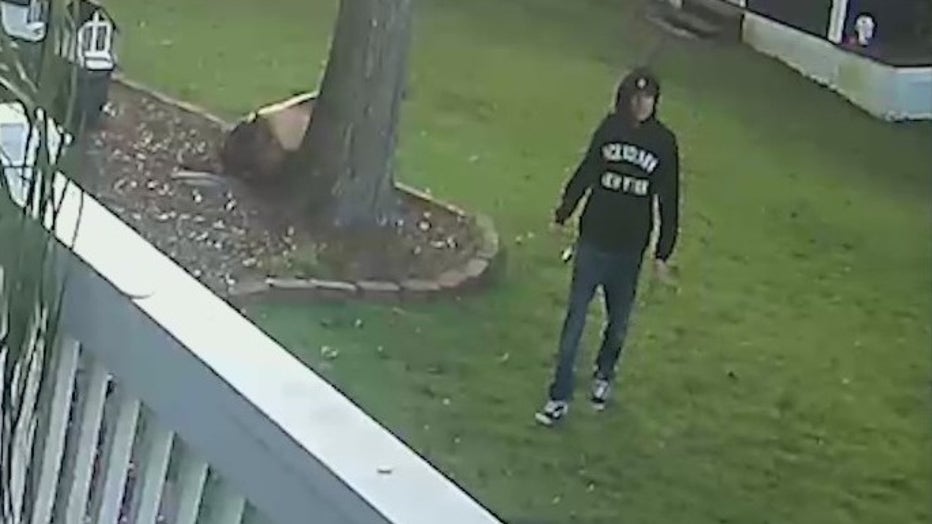 A man is caught by home surveillance walking through the backyard of a Marietta family's home. (Rafael Dicristina)

In the video, the man can be seen stumbling through the sunroom.

"Just be vigilant. Don't take anything for granted. We live in a nice neighborhood, a quiet neighborhood. We take care of each other but you never know," Discristina said.

Dicristina said it sounded like there was a party in the Mountain View Park Cemetery the night before the incident. 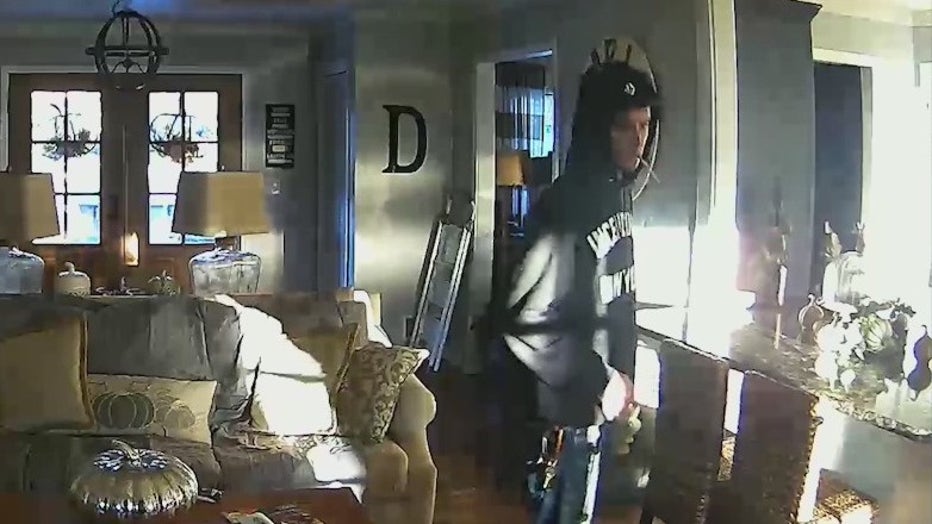 A man is caught by home surveillance walking around a Marietta family's home. (Rafael Dicristina)

Watching the videos, he does not believe the man was sober as he stumbled through the home.

Anyone who recognizes the man in the videos, please contact the Marietta Police Department.