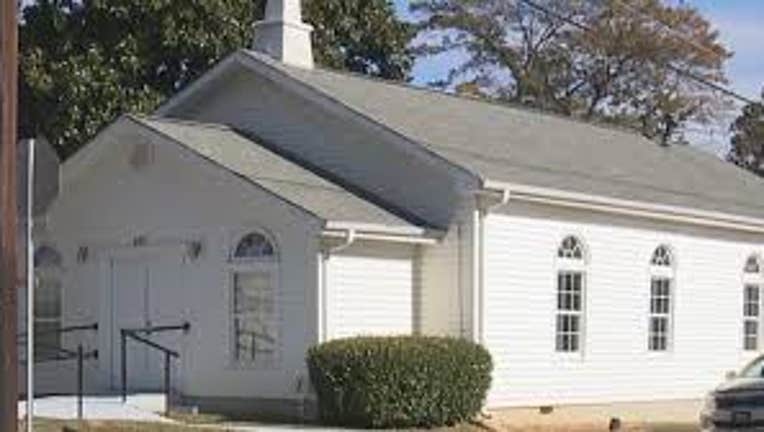 GAINESVILLE, Ga. - A Gainesville teenager will spend the next four years serving time at the Department of Juvenile Justice followed by 10 year probation. This comes after she plotted to attack and kill church members at a predominately African-American church in Gainesville.

The teenager entered a guilty plea Thursday afternoon and will now stay in the Department of Juvenile Justice system until she is 21.

"To those of you at Bethel AME Church, I would like you to know I am truly sorry what I've done," said the 17-year-old in court.

It was an emotional day in the Hall County courtroom as the former Gainesville High School made an apology to a church she plotted a knife attack.

"While we are angry and frustrated by this incident, we do not hold any hostility against this defendant," said Bishop Reginal T. Jackson, the presiding prelate of the Sixth Episcopal District of AME Church.

A Gainesville teen will be in custody until she is 21 and then serve 10 years probation for a planned attack on a predominately Black church.

Bethel AME Church said in court that they forgive the teenager for the crime. Last November, the then 16-year-old made plans to attack Bethel AME. She showed up at the church twice armed with knives, but no members were there.

"I think this needs to be a lesson to the nation that words and attitudes do matter," said Jackson.

A representative from the district attorney's office shared more details in court about the planned attack. School administrators found a notebook with the plot to attack Bethel AME. They also found two t-shirts. One of them had "natural selection" written on the front, the other one had "Free Dlyann Storm Roof" written on the front with swastikas drawn on the arms.

The back of one of the shirts also had references to white supremacy. The 17-year-old's mother said her daughter is not a monster and did not learn hate at home.

A teen entered a guilty plea on Thursday for planning an attack on a predominantly Black church in Gainesville.

The teenager entered a negotiated plea agreement. She pleaded guilty to criminal attempt to commit aggravated assault. She will spend the next four years at the DJJ followed by 10 years of probation.

"She's fortunate she gets another chance, and I hope she makes the best of it," said Jackson.

Bethel AME Church pastor Reverend Michelle Rizer-Pool also spoke in the courtroom about the impact the plot has had on her church. She said church attendance has dropped, and the church has spent $8,500 to add surveillance, change locks on the building, and add off-duty police officers at church services.