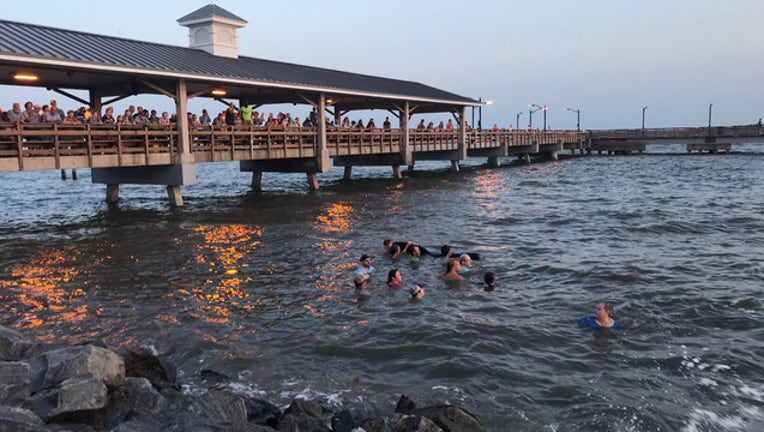 A large crowd gathered on a nearby dock to watch the team push the whales back out into the sea. Some of them continued to try to return to the beach and had to be pushed back again.

“While stranding is a known natural occurrence, the only thing we can do is to continue pushing them out to sea,” wildlife biologist Clay George said in a statement.

Two whales died in the effort, but the rest were successfully pushed out and were last seen swimming in the sound near the island.

Officials are hoping the pilot whales, one of the most common species that strand themselves on land in mass numbers, will continue to move toward the sea.