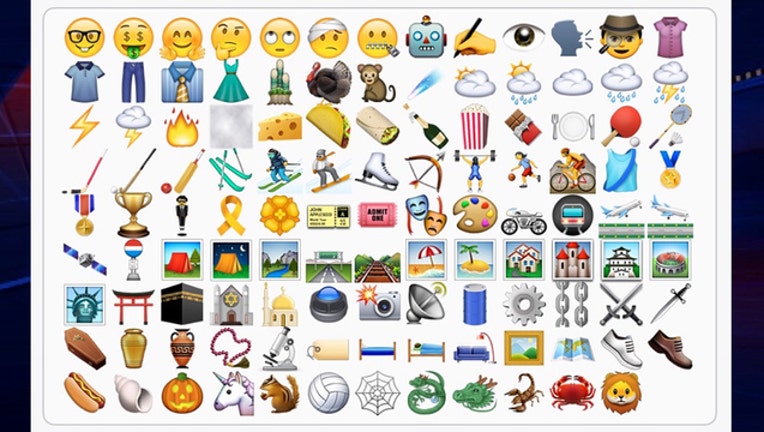 New emojis, including a taco and burrito, were unveiled Wednesday after the Apple product release event.

The emojis will be part of an update to iOS 9.1, which could roll out with the release of the new iPad Pro in November.

Developers were able to see the new emojis with the release of a beta version of iOS 9.1 on Wednesday.

The Next Web reported nearly every category had new emojis.

Texans will be excited to know a taco emoji and burrito emoji are amongst the new additions. Other notables include a block of cheese, a turkey, a lion, a unicorn and a bottle of champagne.