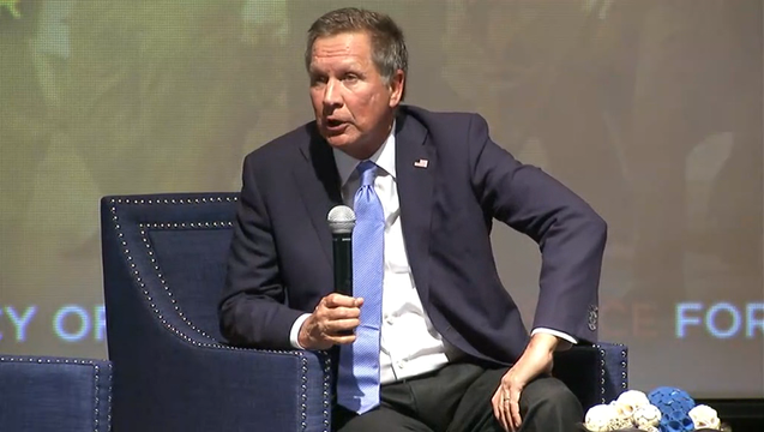 ATLANTA (AP) - Ohio's governor says Americans shouldn't focus so much on the highest-level people when there are ways to tackle many societal problems at the local and individual levels.

Kasich says King got the attention of people in power through a "bottom-up" approach worth emulating. Kasich says efforts such as addressing drug use and improving education need people committed at the community level.

He also says it's important to keep an open mind.

It was a message of cooperation from a governor who has dealt with division within his own party recently. Kasich is the Republicans' only 2016 presidential contender who didn't fall in line behind President-elect Donald Trump.