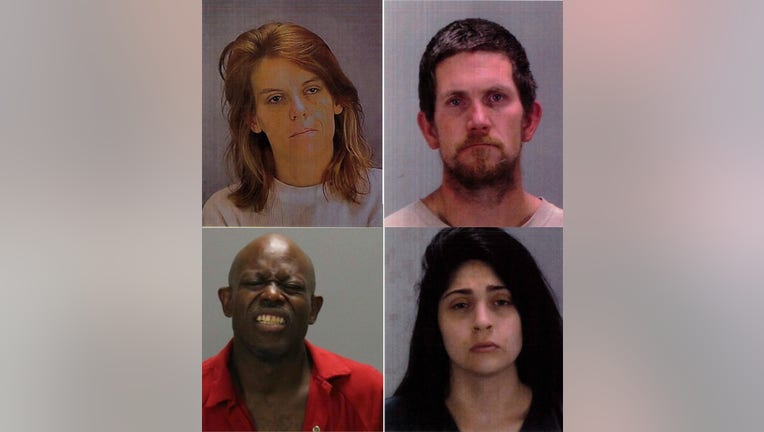 CLAYTON COUNTY, Ga. - Deputies have arrested four suspects in the murder of a Clayton County man in March.

Officials say Scott Tomlin, Sarah Johnson, Amber Vorhies, and Segaro Benton were all identified by homicide detectives as suspects in the murder of an unidentified victim who had been shot twice in the chest and twice in the head at a location on Anvil Block Road.

Detectives only found the body on April 21 after following on a lead about the missing victim. According to deputies, someone had attempted to burn and cut up the man's body.

After a search, Vorhies and Benton were arrested in an abandoned trailer in Clayton County. Tomlin and Johnson were also in custody at the Henry County Jail on other charges.

The investigation is still ongoing. Officials have not said what charges the four suspects may be facing.