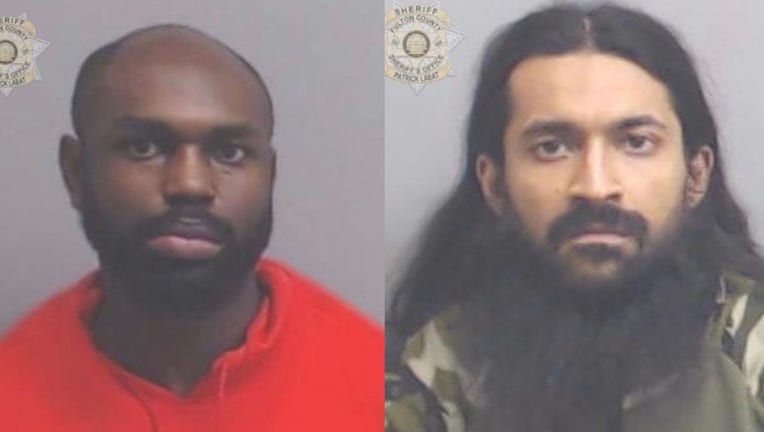 Officials say the investigation began when one suspect went to a movie equipment rental business in East Point to try and sell the four super-speed camera lenses.

The suspect allegedly told the store's owner that a family member passed away and that he wanted to sell the lenses. In total, the lenses were valued at over $71,000.

Feeling suspicious, police say the store owner told the man to leave the equipment and then contacted another business to see if the serial numbers were the same as any lenses stolen recently.

After confirming, the companies call the police, who set up an undercover operation and arrested the two suspects when they got to the scene. A third was arrested in the vehicle the other two came to the store in.

Police identified the suspects as Rashad Jones, Shabaz Sohani, and Javours Mitchell. According to investigators, Jones had been wanted out of Riverdale for failure to appear and out of DeKalb County for identity theft and abuse or neglect of the elderly.