CALHOUN, Ga. - Police in Calhoun are searching for a man wanted for armed robbery. 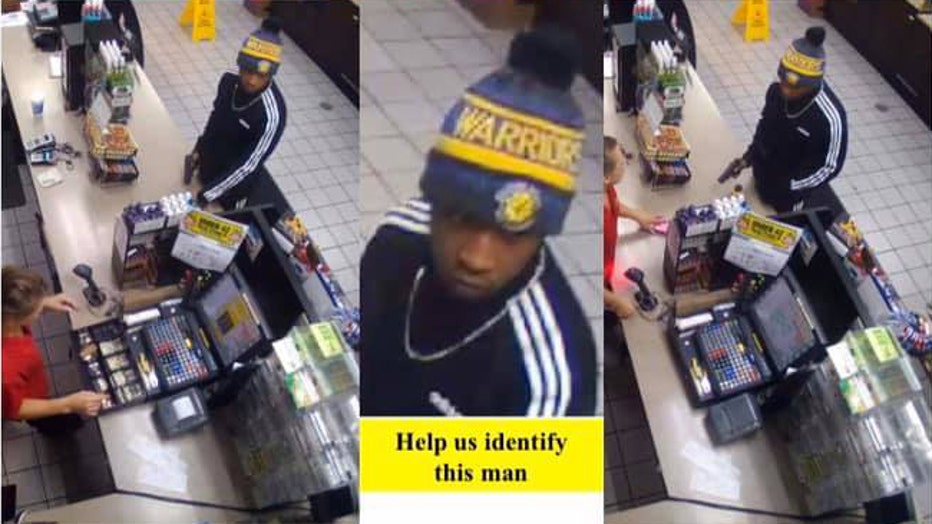 According to officials, the robbery happened at a Circle K convenience store located on Highway 53 on October 25.

Police shared surveillance photos of the man holding a female clerk at gunpoint while demanding money.

The suspect was wearing a Golden State Warriors winter hat, a small chain necklace, and a blue sweatshirt with white stripes on the arms.

Officials are asking anyone who may identify the man to call Calhoun police at 706-629-1234.