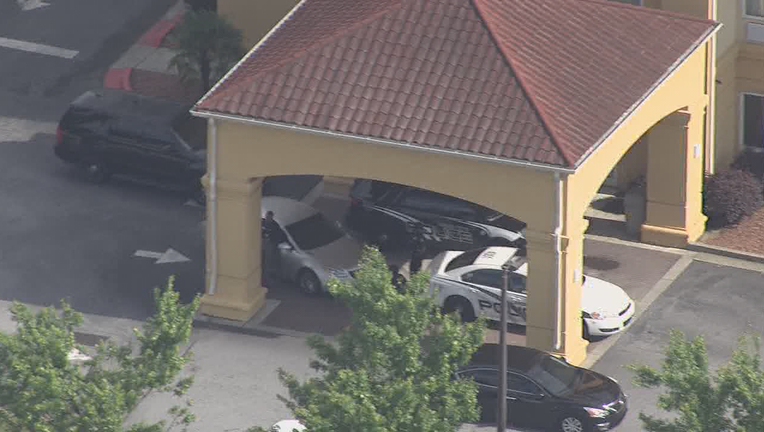 The shooting happened a little before 4 p.m. at the Country Hearth Inn & Suites located at 6710 Shannon Parkway. Police said officers arrived to find a man and woman suffering from apparent gunshot wounds, the woman with injuries to the leg and the man with injuries to the lower torso. Both were rushed to Grady Memorial Hospital in stable condition.

Police said two male suspects fled the scene to a neighboring hotel. The SWAT team was brought in to search the La Quinta Inn and Suites located at 640 Londonderry Way. Police said they determined the two suspects were able to leave the property before officers secured the perimeter.

Investigators said they believe they know the identities of the suspects. Police are working to obtain arrest and search warrants. The suspect's names have not been released.

The names of the victims also have not been released.

Police said there is no immediate danger to the community.