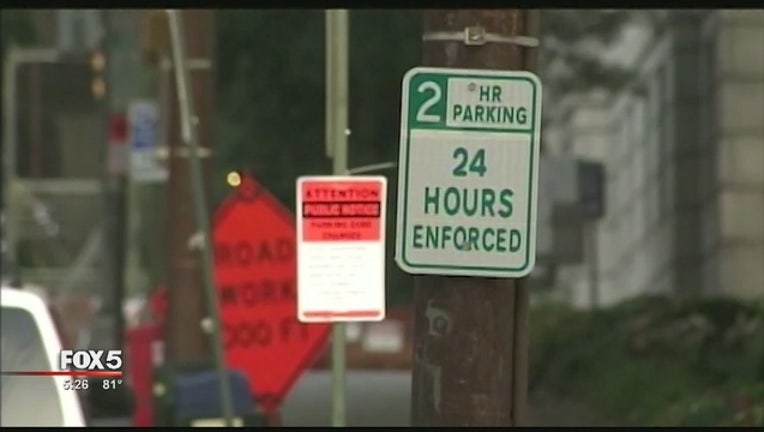 ATLANTA (AP) - A company that handles parking enforcement for the city of Atlanta knowingly and illegally cited drivers for non-existent violations, a lawsuit filed Wednesday alleges.

The suit alleges that PARKatlanta and its parent company have known for years that the wireless technology it uses "causes a lack of synchronized and accurate data" that can result in the mobile devices used by the company's employees showing that someone hasn't paid for parking when, in fact, they have.

It also says employees were encouraged to write as many citations as possible, even though the companies knew many of the tickets were based on inaccurate data and would likely be invalid.

The suit seeks class action status and was filed by a man who says he was issued invalid citations and by two men identified in the suit as current or former employees who say they were forced to issue citations that their employer knew were likely to be invalid.

The lawsuit invokes Georgia's whistleblower and racketeering statutes. It was filed against a web of companies, including PARKatlanta, parent company Duncan Solutions and associated companies.

A call to the number on PARKatlanta's website was routed to Duncan Solutions, which did not immediately respond to phone and email messages seeking comment Wednesday. Milwaukee-based Duncan Solutions provides parking management services to municipal and commercial clients around the world, according to its website.

City of Atlanta spokeswoman Anne Torres said in an email that the city wouldn't comment on a lawsuit in which it isn't a party. She said Duncan Solutions and the PARKatlanta brand would continue to be the city's parking enforcement vendor through the end of March, when a new vendor will take over.

Due to the location of his business, Jaseph Moultrie and his customers rely on paid, on-street parking that is enforced by PARKatlanta. He has been issued citations for failing to pay for parking on several occasions when he had actually paid, the lawsuit says. The process to appeal citations is complicated and frustrating, the lawsuit adds.

Byron Watkins and Alfred Stewart, identified as current or former employees, said PARKatlanta has quotas for the number of parking tickets employees issue and encourages them to write invalid and illegal citations, the lawsuit says.

The companies have known for years that the wireless technology used to send payment data between meters, kiosks and mobile devices used by employees "causes a lack of synchronized and accurate data," the lawsuit says. As a result, the mobile devices may show that a person hasn't paid for parking or that the time has expired even if the person has paid or still has time left.

Even though the companies were aware that inaccurate data was being reported because of the limitations of the equipment and that citations would thus rely on inaccurate data and would be invalid, they failed to correct those issues, the lawsuit states.

Employees who failed to aggressively write citations in spite of the problems or who complained about the issues were fired, demoted or had their hours reduced, the lawsuit says.

The companies also failed to provide an adequate system to challenge citations and to complain about parking enforcement actions, which is required by the contract with the city, the lawsuit says. The companies regularly ignored complaints rather than conducting an investigation and providing an appropriate response, the lawsuit says.