A student who posted a now viral photo of students back at school at a high school in Georgia discusses her suspension and how the district has since changed their mind.

PAULDING COUNTY, Ga. - The 15-year-old student who posted photos and videos of crowded hallways inside North Paulding High School told FOX 5 she has no regrets, despite her initial five-day suspension.

Hannah, who asked FOX 5 not to use her last name for safety reasons, said she was troubled by how many kids were in the hallways in between classes and during dismissal on Tuesday. And many, she said, were not wearing masks despite the potential threat of spreading COVID-19.

"I took those pictures out of concern for students, teachers, staff and the custodians of Paulding County. I'm not trying to shut the county down or throw my school under the bus. This is just about public safety," the sophomore said. 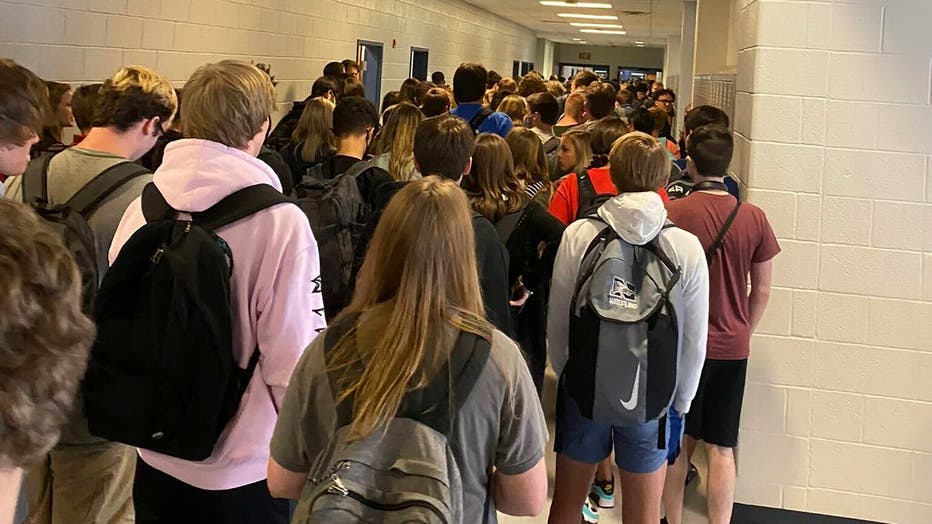 Her tweets went viral—drawing supports and criticism through thousands of retweets. She said Wednesday morning, administrators pulled her out of class and suspended her for five days for violating "use of phone" and "social media" policies. Friday afternoon, Paulding County School officials said the suspensions imposed against Hannah and a second student were rescinded and cleared from the school records. Both students may return to class on Monday.

Hannah said she hopes the national spotlight on her rural Georgia high school will compel more students to wear masks and more staff to enforce social distancing. She said she is grateful for the overwhelming support and not too concerned about the few threats she says she’s received and said she wouldn’t do anything differently.

"I hope people understand that if think something is wrong, they shouldn't be afraid to speak up. If you do get in trouble, at least it's good trouble," Hannah said from her Paulding County home.