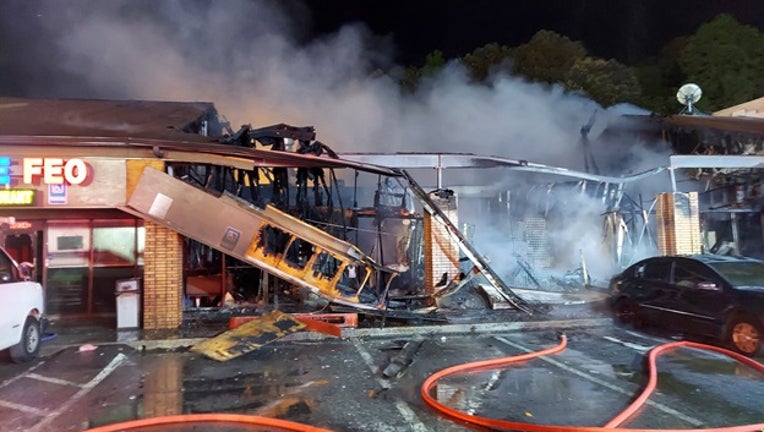 Gwinnett County Fire and Rescue says crews were called to the fire at a Norcross strip mall on 6034 South Norcross Tucker Road NW at around 4:22 a.m. When they got to the scene, firefighters found black smoke and flames coming out of one store on the strip mall.

After using aerial ladders multiple times, fire crews were able to knock down the majority of the flames.

Officials say the fire destroyed three units and they are still working to determine the total number of businesses affected. Records identified two of the businesses that were impacted by the blaze as Taqueria La Fragua and Eastern Groceries.

Officials say the structural integrity of nearby businesses is making it difficult to investigate the cause of the fire or have access to possible hotspots. They believe they may need a backhoe to knock down and remove the rest of the material to ensure the fire is completely done.

There are no reported injuries connected to the fire and officials say no one was found in any of the businesses during searches.