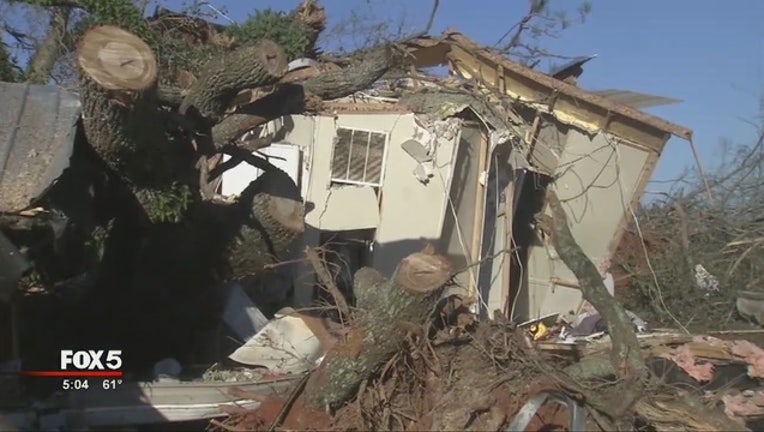 ALBANY, Ga. (AP) - The death toll from a weekend outbreak of tornadoes and severe thunderstorms in the Southeast increased to at least 21 after a Georgia woman struck by a falling tree died at a hospital, a coroner said Friday.

The midwinter storm outbreak sent waves of menacing weather across the region last Saturday and Sunday from Louisiana to Florida and South Carolina. Sixteen people were killed in Georgia, including Gohman. Four people died in Mississippi and one death was reported in Florida.

It's possible the toll could continue to rise. On Friday, WALB-TV (http://bit.ly/2kbLYxg) quoted an emergency official as saying crews were ending their search for a 2-year-old southwest Georgia boy whose parents reported him missing during the storms.

The child, Detrez Green, had not been found as of Friday afternoon. Authorities in Albany say the boy's mother told them he slipped away from her Sunday afternoon and toddled into their kitchen just before a tornado sent an oak tree crashing onto their home.

Search and rescue teams combed the wreckage of the family's home and the surrounding area for days, but found no sign of the toddler.