ATLANTA - As of early Thursday evening, North Georgia's greatest weather threat will be flooding. Any additional rainfall will increase the flooding risk all over metro Atlanta. About 2 to 4 inches of rain has fallen, creeks, streams, and rivers are at high levels and rising.

While winds may still be gusty into the evening, the threat for severe thunderstorms and tornadoes is over. 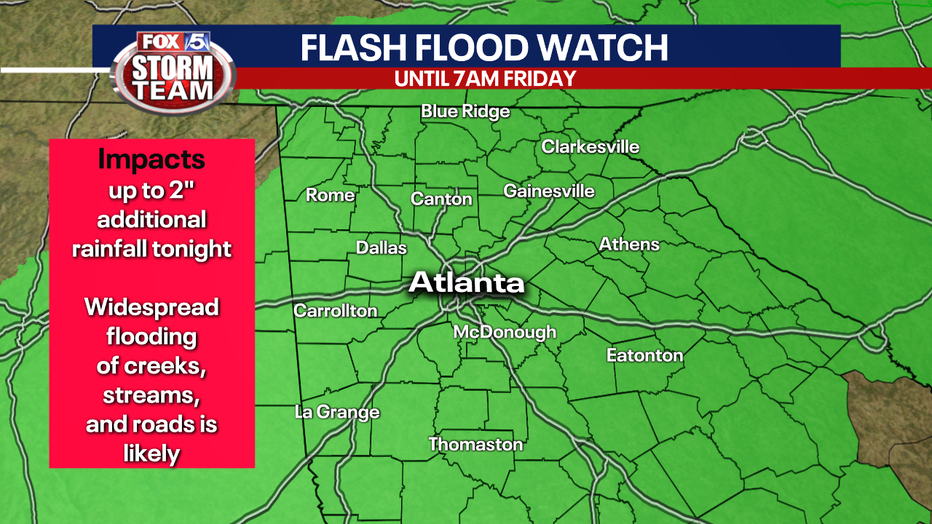 A Tornado Watch has been allowed to expire in Georgia on Thursday night after a day of storms.

Once the rain and storms sweep out, much colder air will blast in on Friday. It won't be impossible to see a few flurries flying over the north Georgia mountains early in the day. Friday will be windy with highs only in the 40s. 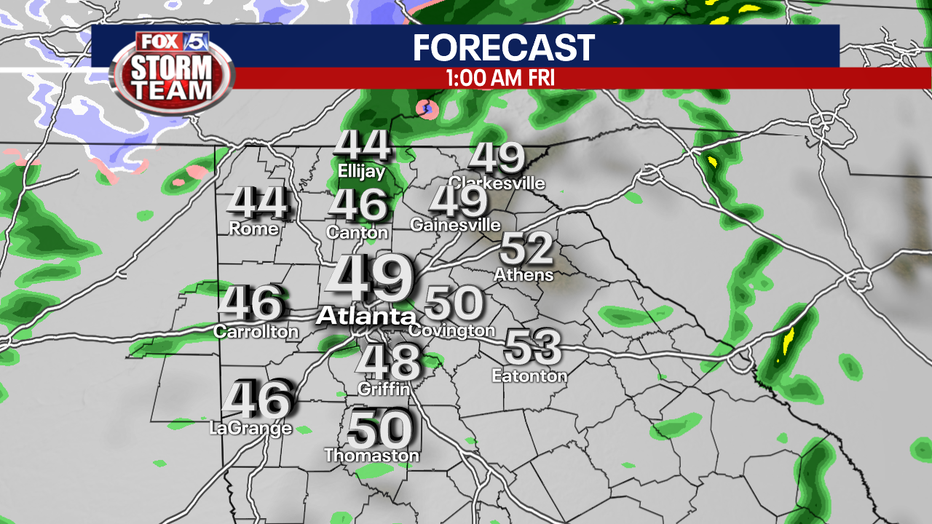 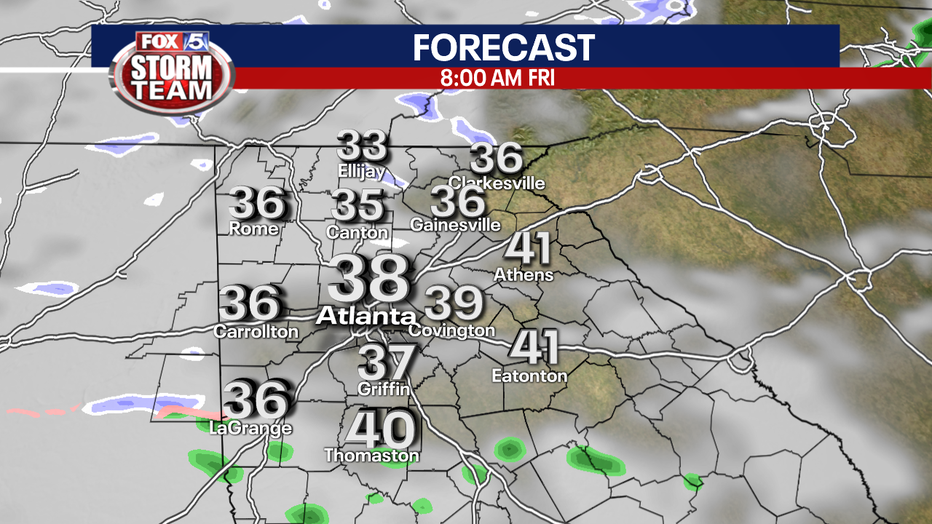