Police said a father allegedly shot his own son five times on Monday night, leading to an hours-long standoff. Police said both father and son were in critical condition with five wounds on Tuesday afternoon.

ATLANTA - Police have identified the arrested man and a victim after a multi-hour standoff at a home in Newnan.

Officials say they were called to the Stonebridge subdivision around 7:30 p.m. Monday after hearing reports of shots fired. 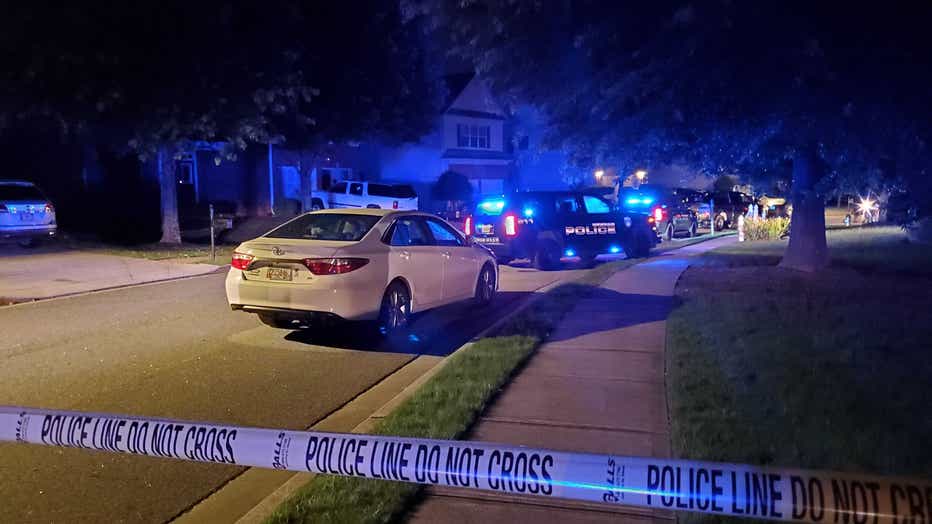 Medics rushed Smith to Grady Memorial Hospital for treatment. Police said both men were in critical condition on Tuesday afternoon.

In their investigation, officers say they learned that the man had been shot by his father, 48-year-old Steve Richard Smith, who had barricaded himself in his home on the 90 block of Stonebridge Crossing.

Police said a man accused of shooting his son was barricaded inside a home on Monday night. Police were negotiating with him for hours.

After a standoff with the Coweta County Sheriff's Office SWAT Team that lasted over four hours, officers took the suspect into custody.

During the arrest, officials say Steve Smith's left leg was injured by less-lethal munitions from a shotgun. The Georgia Bureau of Investigation said Steve Smith made a quick movement to his waistband, and a Coweta County Sheriff's Office deputy fired at him.

He was taken to an Atlanta-area hospital to be treated. He is now charged with aggravated assault.

The Georgia Bureau of Investigation has been called to assist in the investigation.

No officers or neighbors were injured in the standoff.