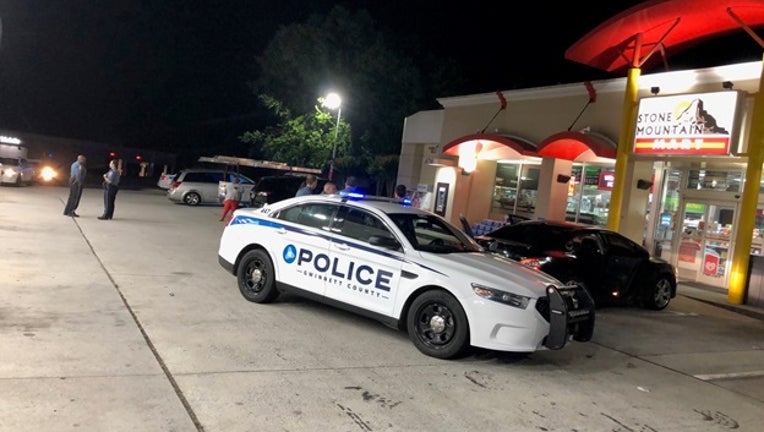 Officials tell FOX 5 they responded to a scene at the Shell Station on the 5200 block of Stone Mountain Highway around 2:30 a.m.

Detectives at the scene appeared to be focusing on a black car in the parking lot.

After a short investigation, officials say they believe the victim had been shot at a Knights Inn in DeKalb County.

Investigators have not yet released what led up to the shooting or the status of any suspects or victims.

Police did say they hope surveillance video at the gas station will help them figure out what happened.