Carrollton police are searching for the suspect who stole a car and then drove it through a cemetery, crashing it into a headstone.

CARROLLTON, Ga. - Carrollton police say the driver of a stolen car has done major damage to the city cemetery. The car plowed over graves and headstones.

It happened at the Carrollton City Cemetery at the corner of Natures Trail and Angel's Pass. The stolen car barreled off the roadway and plowed its way through several headstones. 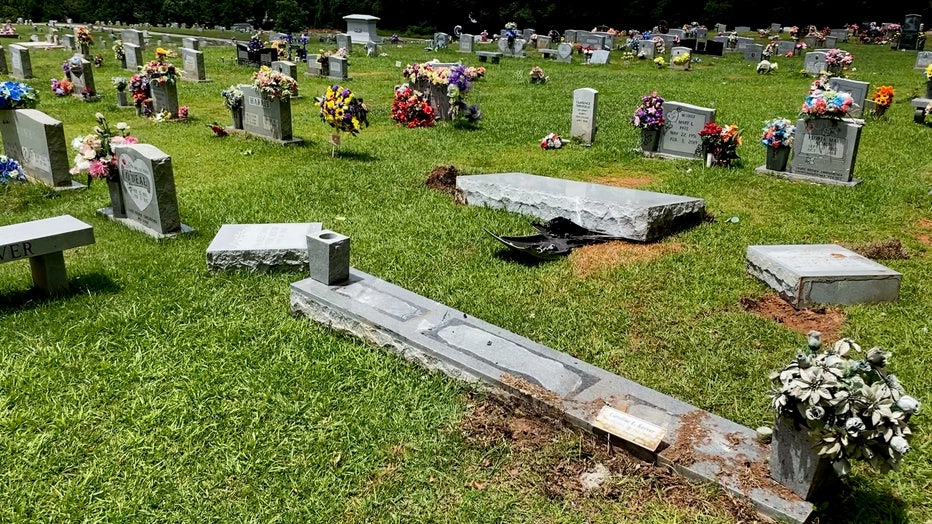 One of the graves damaged when a stolen car crashed in a Carrollton cemetery.

The families are naturally upset. One of those graves belonged to Carol Louise Nelson Keever, the mother of a Carrollton Police Department investigator.

"It's a place where they frequent and its sentimental and heartbreaking," said Sgt. Meredith Browning of the Carrollton Police Department. 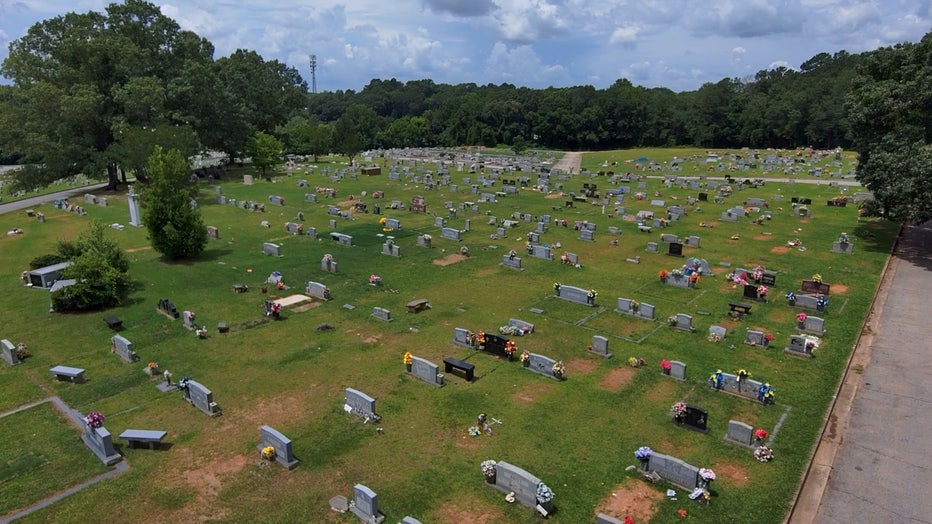 That stolen car was a 2016 Chevy Cruze. Police say it was taken in the early hours of Saturday morning. During that high speed joy ride through the cemetery, the impact was so severe it left car parts wedged under a 4,000 pound tablet. Other headstones were also knocked over and damaged. 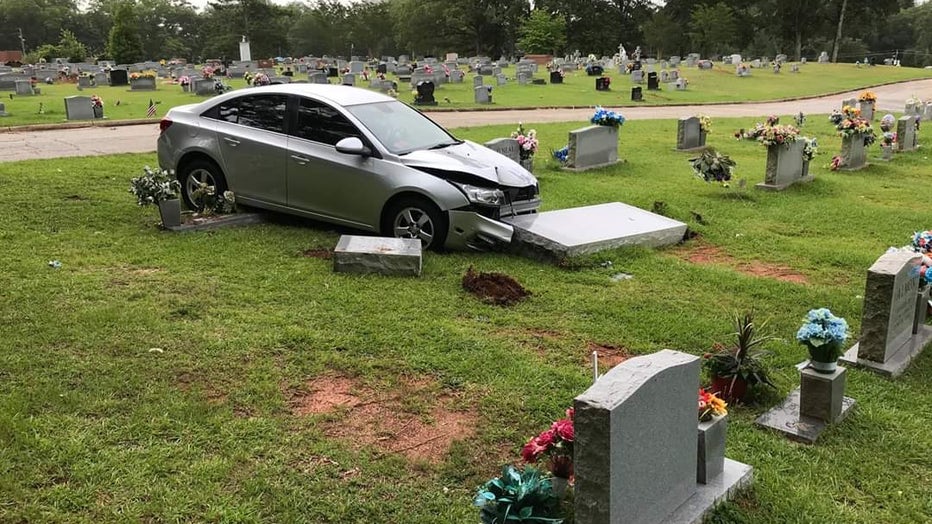 A stolen car damages graves at the Carrollton City Cemetery.

Shalanda Williams heard the news and came to check on her mother’s grave, not knowing that it was just feet away from all the damage.

"Yes, just a few feet away," Williams said.  "No one should have to have their family cemetery destroyed."

If you have information on that car or whoever is responsible, there is a reward in the case.  You can leave an anonymous tip at Atlanta Crimestoppers. The number is 404-577-TIPS.