Ethics board dismisses case without listening to recordings

ATLANTA - A state Representative who filed an ethics complaint against Fulton County Commissioner Marvin Arrington is upset that the board dismissed the complaint without listening to jailhouse recordings involving Arrington and an inmate.

"The case has been dismissed without hearing any of the evidence," said Mainor.

Mainor filed the ethics and a state bar complaint back in November alleging that Arrington had a conflict of interest "when he defends criminal cases for profit...against the Fulton County District Attorney office (which he oversees as Commissioner)." 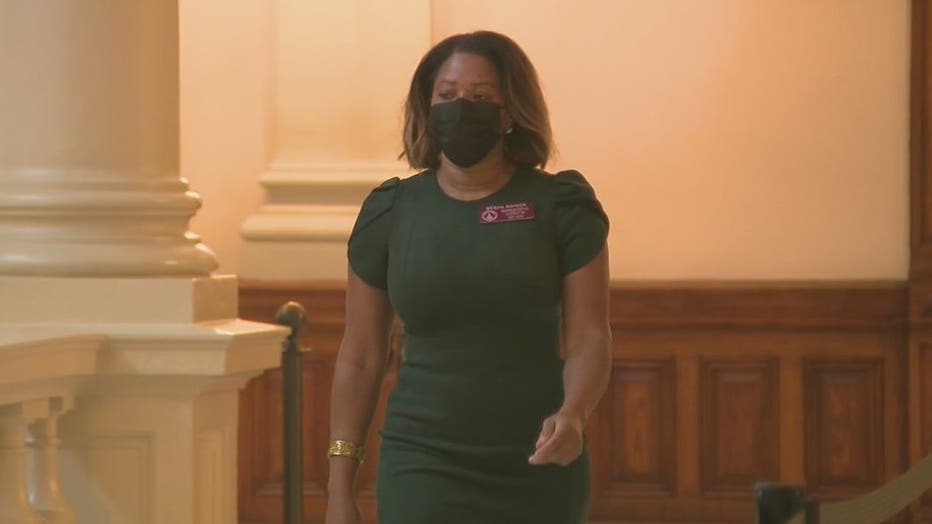 Arrington was at the time representing Corwin Monson who was charged with aggravated stalking of Mainor.

Arrington is no longer on the case. Monson, who has pleaded not guilty, hired another lawyer. Arrington did not respond to our repeated efforts for comment. Arrington is quoted in Atlanta Progressive News as saying he was "completely shocked" to learn of Ethics and Bar complaints and stated: "Both claims are completely frivolous."

During a meeting this week, the Fulton County Ethics board dismissed the complaint against Arrington. Rep. Mainor asked them to listen to jailhouse recordings she had of Arrington talking about the case, but the board decided not to because of fears the conversations were protected by the attorney-client privilege.

But the FOX 5 I-Team has heard them.

The FOX 5 I-Team obtained the phone calls from Fulton County District Attorney's Office under a Georgia Open Records request. The calls were aired earlier this year.

"The problem is the f---ing judge," Arrington said on one of the calls.

In some of the calls, Arrington is talking to his client Corwin Monson and Monson's wife on a three-way call. Arrington said he can negotiate a plea with then-District Attorney Paul Howard for a misdemeanor charge, but he's worried about the judge.

"Cause I can get the DA to agree to a misdemeanor plea, but she might not accept it," Arrington said.

What we didn't air at the time was Arrington explaining why he worked directly with the District Attorney Paul Howard and not assistant prosecutors.

Ethics Board members told the FOX 5 I-Team they knew there were three people on the call but out of an abundance of caution decided not to risk violating any attorney-client privilege.

"The presence of the wife on the call essentially destroys the privilege, because now it is not a confidential communication between the client and their attorney," said GSU criminal law professor Jessica Cino.

Professor Cino says Rep Mainor's concern that the jailhouse tapes be heard is valid. She thinks it might have been best for the ethics board to ask a judge to decide the issue.

"Unfortunately in a lot of these circumstances there is a he-said-she-said component, and this evidence would corroborate her said side of it," said Cino.

Rep. Mainor says she would be happy if the board had taken the attorney-client question to a judge to decide.

Mainor asked, "Please do. Why didn't you, instead of closing the case?"