ATLANTA (FOX 5 Atlanta) - For the second time in three months, State Rep Dan Gasaway is heading to court to overturn an election defeat.

Gasaway successfully convinced a judge to overturn his first election loss, proving 67 people voted in the wrong districts.  He then lost his rematch --- by only two votes.

But Representative Gasaway won't take a loss for an answer.  Gasaway is back in court, asking a judge to once again throw out the results of an election he lost - this time by two votes.

“We are just focused on the fact that there is illegal voting going on,” told the I-Team.

“I don't know what Mr. Gasaway's intentions are. Unfortunately, it sounds like sour grapes to me,” said Sheriff Speed.

Back in September Gasaway and his attorney Jake Evans went to court to throw out the first House District 28 election results.

Gasaway lost the primary by 67 votes to Chris Erwin.  There was no Democratic opponent.

Gasaway requested a recount and the I-team was there Tuesday when the ballots were double checked. The two-vote loss stayed the same.

So, Gasaway filed a law suit alleging at least 14 illegal votes were accepted and three other votes were wrongly rejected. At least 17 votes in all.

“What we are hoping to accomplish is get a legal election for House district 28,” said Gasaway.

But, beyond the election fight, Gasaway raised troubling questions about this five-acre plot of land owned by Banks county Sheriff Carlton Speed.

Here is the issue. Banks County sheriff has a property that lies in both Banks and Franklin counties. The problem, says Dan Gasaway, the sheriff's actual house lies in Franklin County.

“My residence was called into question several years ago and it was decided in court,” said Sheriff Speed.

Sheriff Speed's residency was challenged before the elections board during his 2012 sheriff's race. I'm told a court clerk ruled in Speed's favor.  Now, that challenge could take place before a judge. 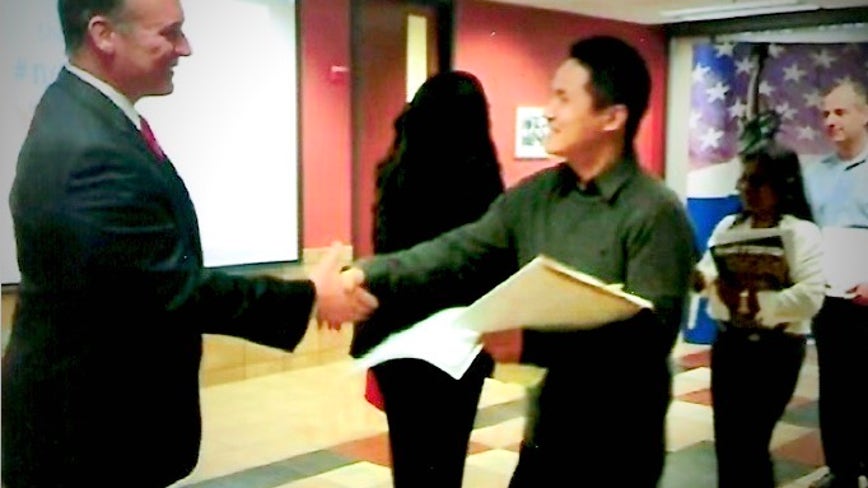