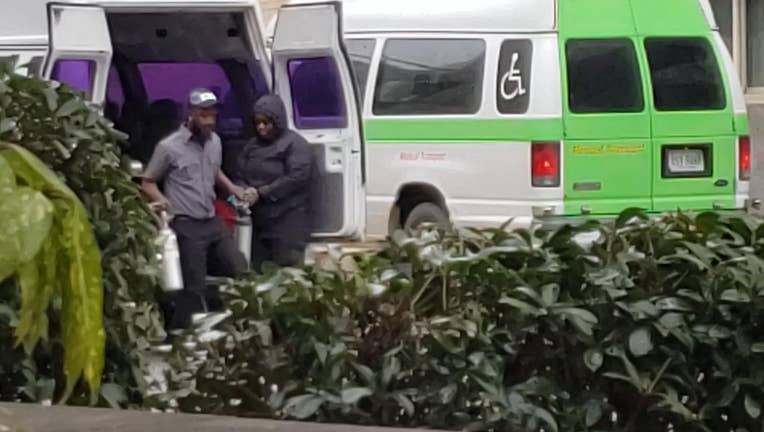 Workers from Metro Health EMS handle two oxygen tanks while parked at the Atlanta VA Medical Center. The company is not licensed to provide ambulance services in Georgia.

DECATUR, Ga. - Critics question a decision by the Atlanta VA Medical Center for how it transports veterans, claiming the VA could be putting lives at risk, especially during this vulnerable time.

In November 2019, the Veterans Administration gave Western-Star Hospital Authority, dba Metro Health EMS, control over all non-emergency ambulance services at the Atlanta facility. It decided the company qualified even though it doesn't have a Georgia license to be in the ambulance business.

The contract is worth $1.5 million but could be extended five years totaling nearly $7 million. However, shortly after the contract was awarded, the chief operating officer of Metro Health became the subject of a complaint to state regulators accusing Metro Health of "putting the lives of our veterans in harm's way." 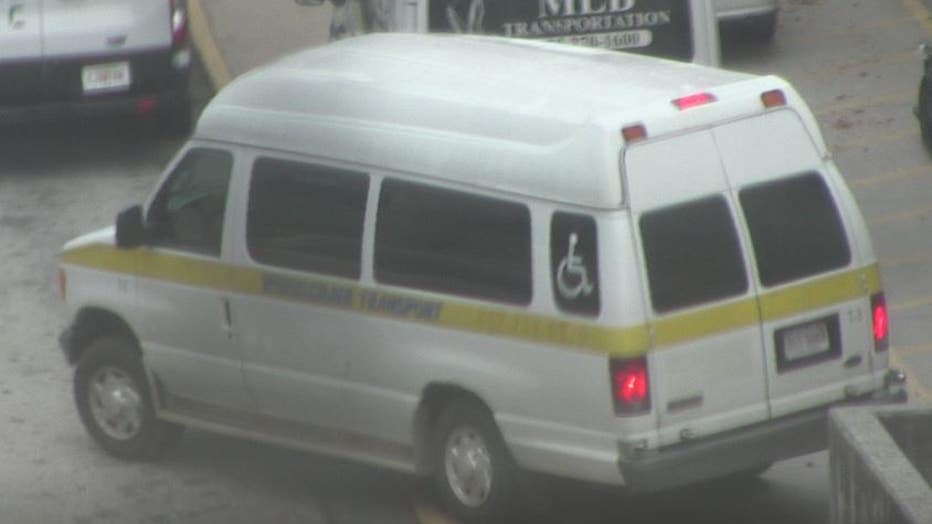 If you hang around the Atlanta VA Medical Center like the FOX 5 I-Team did starting in December, you can't miss the Metro Health EMS vans. Some of the vans had missing hub cabs, rusty wheel wells or mismatched paint schemes.

These are the stretcher vans the public paid to get veterans back and forth to the hospital for standard doctor's visits or dialysis.

And that's just the view from the outside. 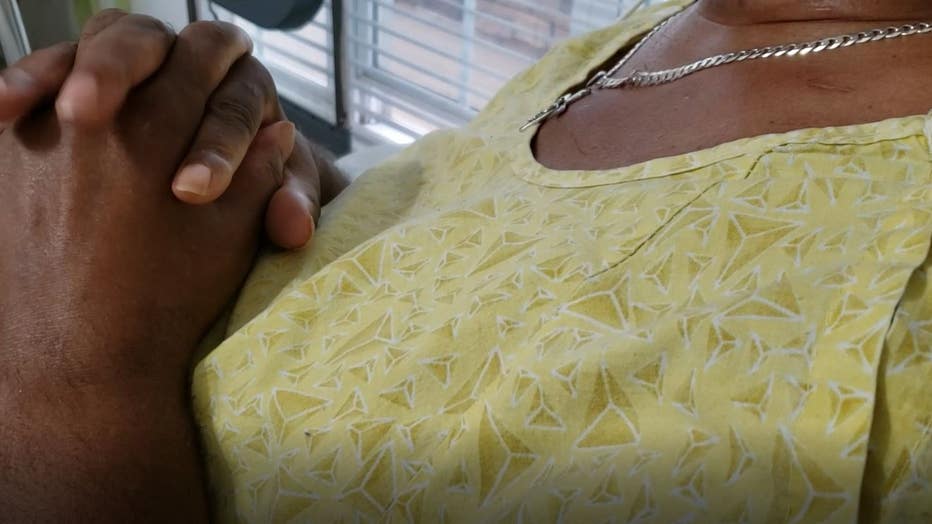 This Metro Health EMS patient said the stretcher vans were so bumpy he threw up in the back.

"I feel like I'm in a U-Haul van," said one veteran. He asked us not to use his name for fear the company might not like his criticism. Paralyzed from the waist down, he and his wife said the Metro Health EMS vans were so bumpy, he once became violently sick.

"He upchucked over the movement," his wife said. "The gyrations going on with the ride. And I was like, can you help me? And they were looking like YOU need to take care of this."

We asked her husband if Metro Health EMS would be able to take care of him if he had some sort of medical incident on the way to the hospital.

"I would hope that they could just speed it up," he replied with a smile. "Just hit the gas."

Just hit the gas. Because under Georgia law, Metro Health EMS cannot provide medical services. They're not a licensed ambulance company in Georgia. They're only allowed to transport people by stretcher who need minimal medical help. So how did Metro Health get the ambulance contract at the Atlanta VA? 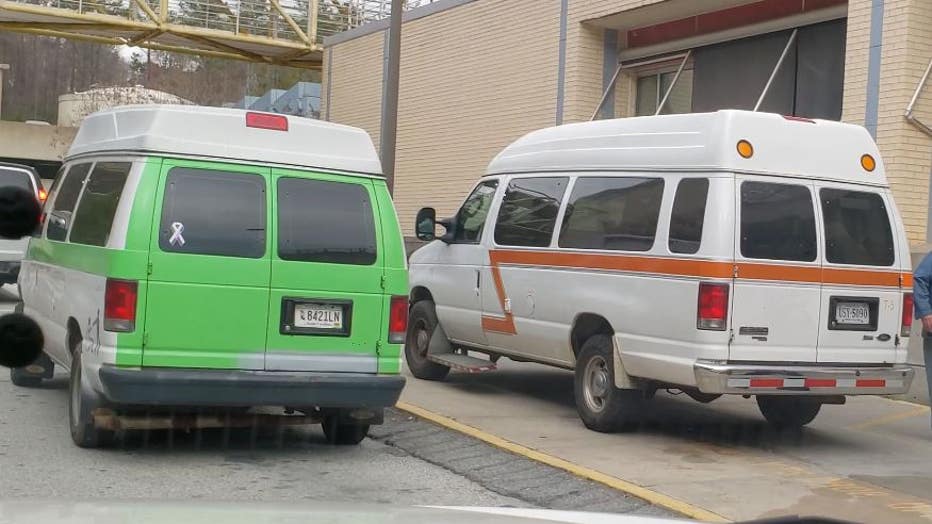 The VA qualified Metro Health EMS to handle all non-emergency ambulance calls in Atlanta with the agreement the company would pay a licensed ambulance company to transport veterans who have medical issues.

Metro Health promised the VA it would bring in a separate ambulance service whenever it needed to transport those medically-needy veterans, a company actually licensed to provide services like oxygen or run IVs.

"I've not seen that before," he admitted.

Wages once headed up the state office that licenses ambulances. He said he would have liked the VA to require its contractor be licensed.

"As an ambulance yeah," he explained. "And in Georgia, there's no shortage of high-quality ambulance services that provide that non-911 service." 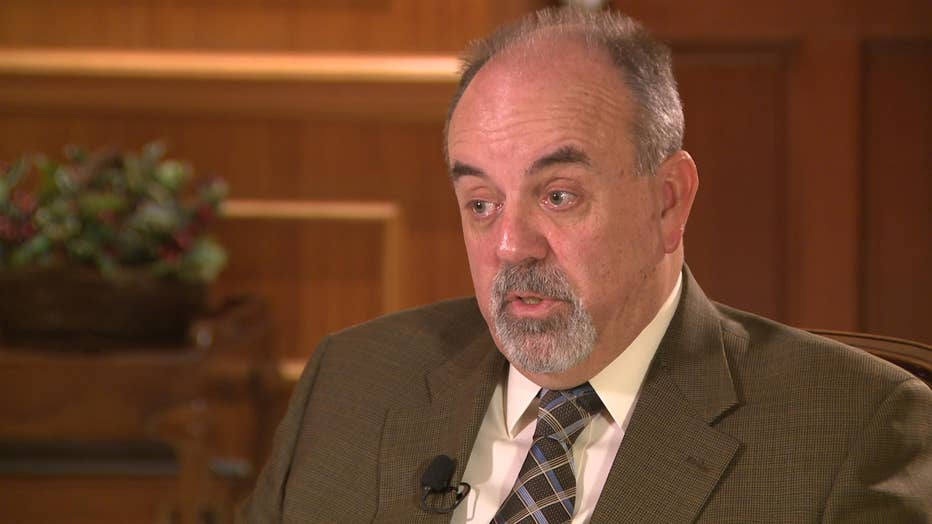 The arrangement has already led to a state investigation.

"If they're transporting patients as if it was an ambulance, that is something we consider pretty serious if they're not licensed by us," explained current Georgia EMS director David Newton.

The state investigation was prompted by a complaint filed by one of those subcontractor ambulance companies. It accused Metro Health EMS of running those ambulance trips itself instead of paying the subcontractor – "putting the lives of our veterans in harm's way."

And the complaint named Metro Health chief operating officer Brian Doyle of "practicing as a paramedic ... when he's not licensed in the state of Georgia." 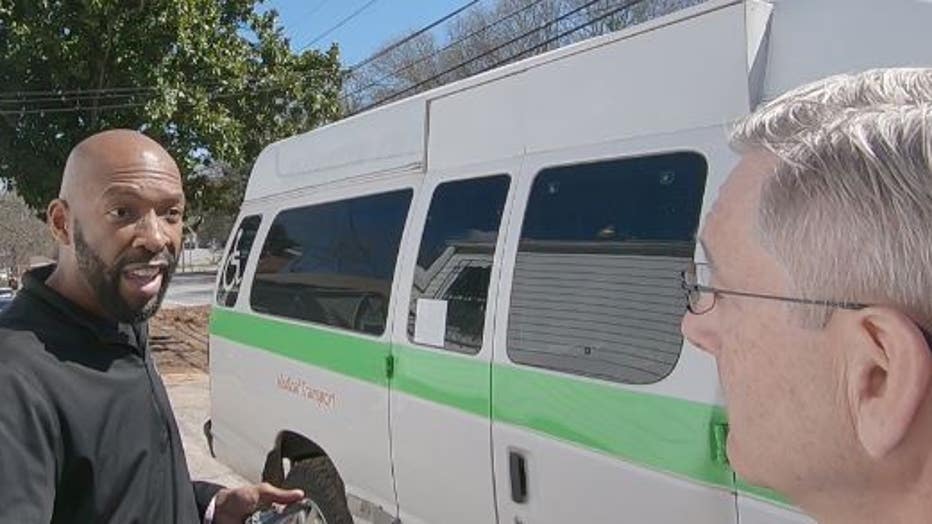 Metro Health EMS chief operating officer Brian Doyle says he doesn't know how his company has been getting oxygen tanks.

The complaint said Metro Health is actually transporting patients "that require ventilators and on IV medications." You've got to be a licensed ambulance to do that. We asked Doyle whether he or his company has ever provided services for patients that would have required a state license.

But we uncovered something else that has attracted the attention of state investigators.

Some veterans may need oxygen while being transported. That's one reason every ambulance is supposed to be equipped with an oxygen tank. The state EMS office told us you can only buy or dispense oxygen if you're a licensed ambulance provider. 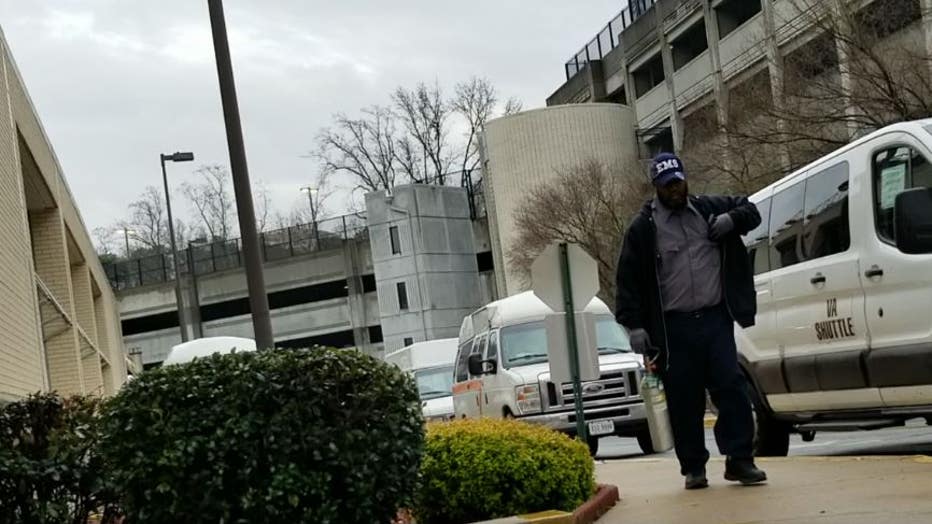 We recorded multiple examples of Metro EMS stretcher vans equipped with oxygen tanks. On one occasion we saw a Metro Health worker moving two tanks from one van to the other while both were parked at the VA.

The veteran we interviewed who got sick from the stretcher van ride said Metro Health always had an oxygen tank in the van for his trips.

"It was just rolling loose inside a little shelf," he remembered.

Doyle couldn't explain how his company was able to get oxygen when they had no Georgia ambulance license. He suggested some of the tanks we saw could have been brought on board by the patients themselves. If that were the case, EMS director Newton pointed out the tanks would go with the patient. The tanks we saw were all strapped inside with no patients around. 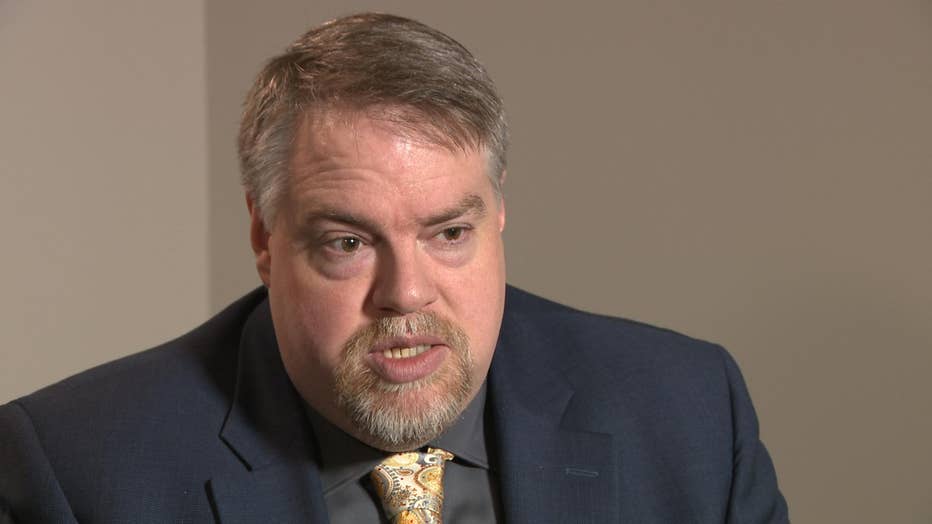 We talked to Doyle in front of a stretcher van parked at the Metro Health office. When I looked inside, there was an oxygen tank strapped to the wall. Doyle couldn't explain that either.

Regulators say they're stepping up their investigation, especially in light of the coronavirus pandemic.

"During the current situation we want to make sure not only that our patients are safe that are being transported but that the crews are properly trained," EMS director Newton explained.

"The resolution is quite simple," offered former EMS director Wages. "Just utilize a licensed service. And then all those questions go away."