CARTERSVILLE, Ga. - Tonight will bring the first full moon of the year — and there’s no better place to take in that majestic sight than at one of Georgia’s most majestic historic sites. 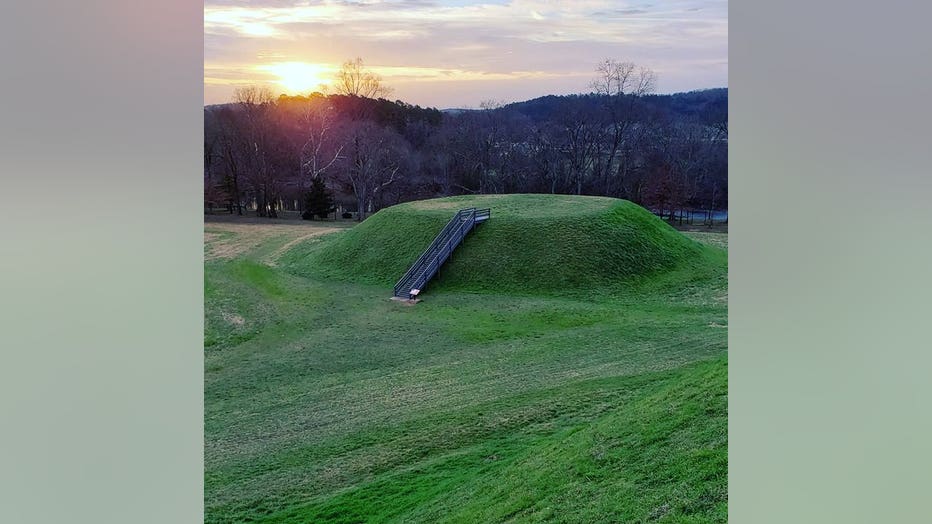 Cartersville’s Etowah Indian Mounds Historic Site will host a “Star Gazing at the Mounds” event tonight from 5:00 p.m. to 7:00 p.m., offering visitors the chance to watch the sunset and moon rise from the top of Mound A, which rises 63 feet above the ground.  Mound A is one of a half-dozen earthen mounds contained in the 54-acre site, which is regarded as the most intact Mississippian Culture site in the Southeast.  Although only a small fraction of the site has been excavated, scientists have learned a lot about the people who lived there between 1000 A.D. and 1500 A.D. — and an on-site museum tells much of that story, showcasing artifacts which have been discovered in the mounds.

We could try to describe the Etowah Indian Mounds Historic Site a little better — but trust us, it’s a place you really have to see in person.  Tonight’s event will also feature s’mores-making and Native American storytelling, along with the opportunity to create a star wheel to help track the night sky.  Admission to “Star Gazing at the Mounds” ranges from $2 to $6 depending on age, and the Etowah Indian Mounds Historic Site is located at 813 Indian Mounds Road Southwest in Cartersville.

Although it was a little too early to see the first full moon of the year — often called the Wolf Moon — we couldn’t resist making a return visit to Bartow County to do some exploring at one of our favorite historic sites.  Click the video player to check out our morning at the Etowah Indian Mounds Historic Site.

Star Gazing at the Mounds