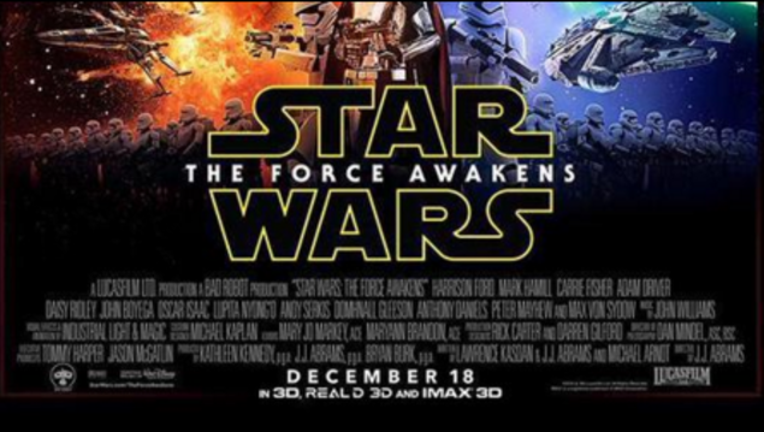 The poster shows many familiar faces, including Princess Leia and Han Solo, as well as a selection of new ones.

Almost immediately after it was released, people took to Twitter to pick apart the poster, trying to glean information from it about the upcoming film. Many were bothered by the absence of Luke Skywalker, while others focused on Which side the Death Star was on.

Still others were curious about Leia’s new haircut, and one even wondered where Jar-Jar Binks was.