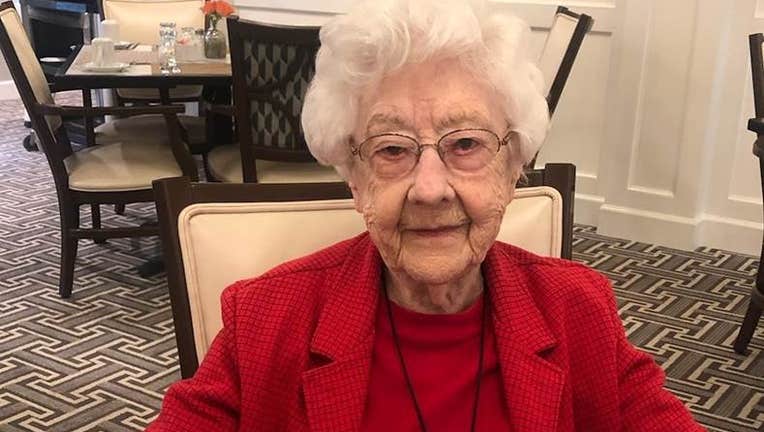 Ms. Clara D is the oldest resident of the Legacy Ridge senior living community in Alpharetta. And she's not just the oldest, she's the spunkiest.

Originally from Illinois, a spokesperson for the community tells FOX 5 that Ms. Clara loves to tell it how it is.

She's often found having a cup of coffee and having fun in the dining room or in her own room listening to music. She has one daughter named Linda.

The spokesperson said that everyone in the community loves and respects Ms. Clara, calling her the "social butterfly" of Legacy Ridge.

As for turning 102 during a pandemic, Clara says she doesn't "give a damn."

"I can't change it, so there's nothing for me to think about it," she says. "I'm happy, but I survive every day. It's normal."

The community celebrated Clara's birthday on Thursday with a party.

From all of us here at FOX 5, happy birthday Ms. Clara!