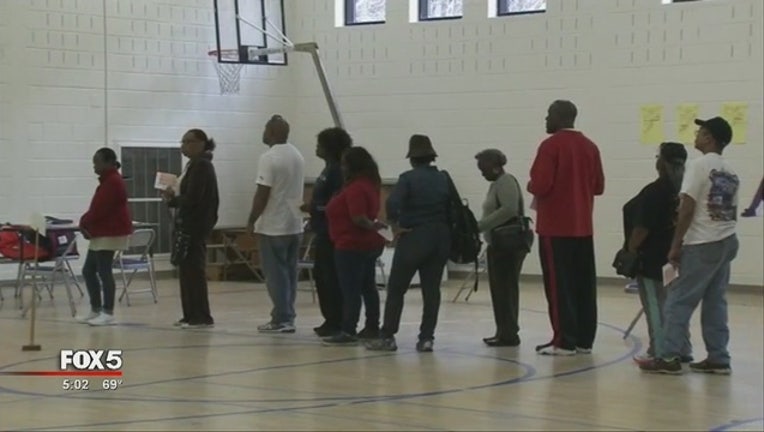 ATLANTA (AP) — A congressional primary in west Georgia is drawing big dollars and prominent endorsements in its final days, positioning a former mayor and state senator as representatives of a long-simmering divide within the Republican party.

Mike Crane, a state senator since 2011, and Drew Ferguson, a dentist and the former mayor of West Point, emerged from a crowded primary and immediately began defining the other as the wrong fit for the district.

The deep red district has been in the GOP's control since 2006, and retiring Rep. Lynn Westmoreland has won more than 60 percent of the vote against Democratic candidates. That history suggests the Republican runoff victor will have an easier path in November against Democrat Angela Pendley, and outside groups have spent more than $1 million trying to sway GOP voters before the runoff.

Crane and Ferguson debated Friday in Atlanta, and the pair's sharpest exchanges centered on Crane's criticism of so-called "no knock" warrants allowing police to raid locations without announcing themselves in certain circumstances. At a February event, Crane criticized the strategy, then added: "You come to my house, kick down my door, if I have an opportunity, I will shoot you dead."

Police organizations and several local sheriffs criticized the remarks as dangerous soon after. A group of about 25 people that included law enforcement protested outside the Crane campaign event Friday evening featuring Cruz.

Ferguson's campaign has resumed airing an ad featuring Harris County Sheriff Mike Jolley calling Crane's comments "despicable." It was briefly shelved following the July 7 fatal shooting of five law enforcement officers in Dallas at the end of a peaceful protest against police shootings of black men in Minnesota and Louisiana.

Crane said his comments have been "distorted." His point, he said, was that the warrants undermine peoples' right to feel protected at home.

Ferguson defended his campaign's focus on the comments during Friday's debate under questioning from Crane, saying he "put a target" on law enforcement officers.

"There is no reason to call for violence against law enforcement officers, at any time, no matter the context," Ferguson said.

Ferguson also has rolled out near-daily endorsements from Georgia GOP heavyweights including the incumbent Westmoreland, former Georgia Gov. Sonny Perdue and sitting U.S. Sen. Johnny Isakson. The U.S. Chamber of Commerce has reported spending more than $650,000 in the race to back him. Crane suggested the backing means Ferguson will be beholden to large corporations if he's elected.

Ferguson bristled at the description, and said Crane's support from other outside groups means he's bound to vote their way.

"They simply own you if you were to go to Washington," Ferguson said.

The conservative Club for Growth organization has spent more than $500,000 to support Crane, who reliably votes with the state Senate's most conservative members. Crane also campaigned Friday with Cruz, the Texas senator booed by delegates at this week's Republican convention when he didn't endorse his former rival Donald Trump.

Crane on Friday said he's still a Cruz supporter but showed no hesitation about backing Trump in November.

"He's the guy I'll be voting for, and I encourage everyone else to do so," Crane said.

"He divided the party," Ferguson said. "He had an opportunity to step up and do the right thing, and he didn't do it."