Collogues and students mourn following the death of a Spelman College professor.

ATLANTA - Former and current students and colleagues are mourning the death of a long-time professor at Spelman College.

Dr. Julio Gonzalez-Ruiz died at his home in the Dominican Republic over the weekend, according to the school.

During his 17 years at the school, Dr. Gonzalez-Ruiz served as the chair of the library advisory council, organized the school's international film festival and chaired the department of world languages and literature.

Joy Hamer met Dr. Gonzalez-Ruiz when she signed up for his study abroad program in Spain in 2013. 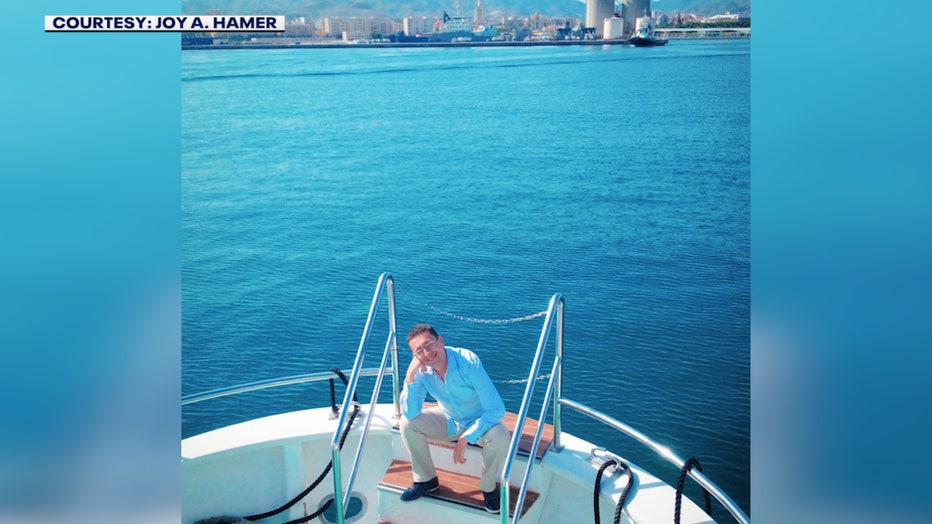 Hamer said those who knew him considered him a friend, a mentor, and a bright light.

"I call him Julio affectionately because he let you call him that. It wasn't always Dr. or professor. He was Julio, that's who he was," Hamer said. "He had a smile that would light up any room. He was always laughing. A very vibrant person."

FOX five has not been able to independently confirm the cause of death from authorities in the Dominican Republic.

"It's a life taken too soon. He is a person that you would never expect anything like this to happen to. It's really just unfair," Hamer said.

Spelman College published a tribute for the professor:

"It is with deep sorrow that we write to share news of the heartbreaking loss of Julio Gonzalez-Ruiz, Ph.D., associate professor and former chair of Spelman College’s Department of World Languages and Cultures (previously World Languages and Literature), who died at his home in Los Alcarrizos, Dominican Republic, this past weekend.

"Dr. Gonzalez-Ruiz came to Spelman in 2004. In the 17 years he spent with the Spelman community, he became a beloved teacher, cherished colleague and friend to many. He made important contributions to our global studies program, creating and directing two study abroad programs for our students in collaboration with the University of Malaga, Spain, and CIEE-Santo Domingo, Dominican Republic.

"He served as chair of the Library Advisory Council of the AUC Robert W. Woodruff Library, organized Spelman’s International Film Festival, and chaired the department of World Languages and Literature from 2015-2018 with good humor and dedication.

"He enjoyed teaching African Diaspora in the World, as well as his popular courses in world languages. When Dr. Gonzalez-Ruiz entered any gathering, he brought with him a joyous spirit, positive energy and a warm collegiality and smile that brightened any room.

"He loved Spelman dearly and leaves a hole in the hearts of all who knew him. We extend our deepest sympathy to his students past and present, his departmental colleagues and his many staff and faculty colleagues around the College.

"We are developing a celebration of Dr. Gonzalez-Ruiz on Spelman’s website where members of the community can leave tributes and remembrances."

You can leave a tribute for him here.