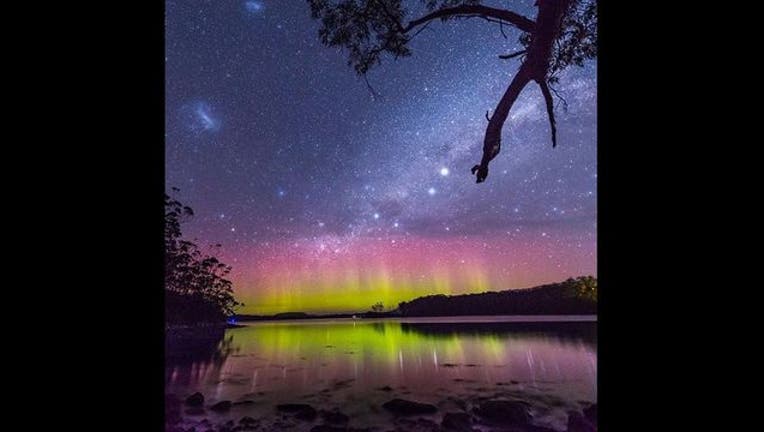 It's called "Aurora Australis" - a spectacular light show in the sky that made an appearance over the weekend in Tasmania.

The phenomenon can often be seen at this time of year in southern Australia, as well as parts of South America, Antarctica and New Zealand.

Dozens of people posted images and video of this weekend's display on social media.

The aurora is produced by the interaction of the solar wind with the Earth's magnetic field.