SPALDING COUNTY, Ga. - A clever crook was caught on camera in Spalding County breaking into several locked cars, but none of the cars had any damage. Spalding County Deputies are now searching for that thief who neighbors said had a remote that unlocked the cars.

A thief is caught on surveillance cameras breaking into locked cars using a remote device.

Within a matter of minutes, that crook took off with cash and hunting knives from several homes on Oak Grove Road.

"I was shocked," said Emily Betsill, who had her car broken into. "It makes me feel violated, you know, it's my personal stuff and there's some stranger rumbling through it."

Early Sunday morning, the Betsill family's security cameras captured the man holding something to the door and opening the previously locked door.

"It's frustrating they were all locked, but they still got in," said Steve Betsill.

The Betsills said the thief took some cash from one of their cars, but they believe he left something behind: a bike. Then, they said, the thief hit multiple houses down their street.

"They had some hunting knives in their truck that was taken," said Betsill. 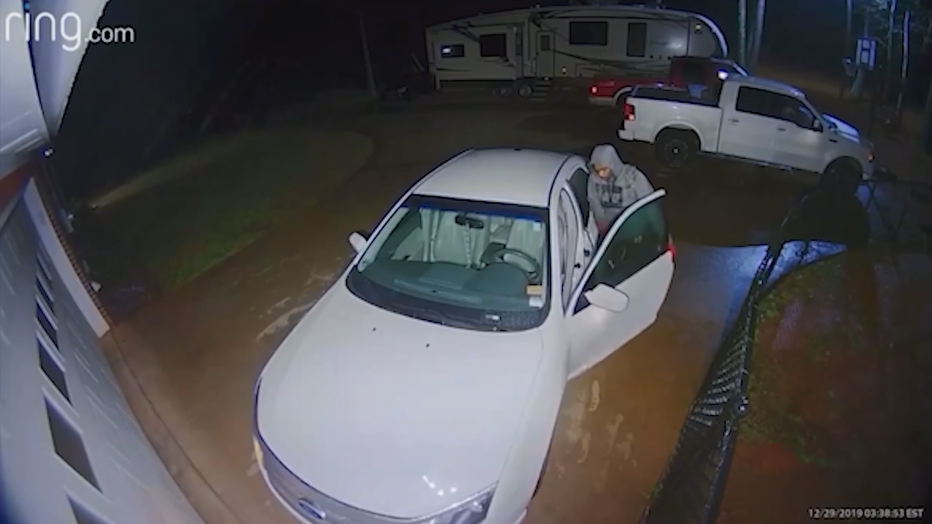 The family says the cars were all locked, but the thief was still able to get in.

The family said they just hope their neighbors see the technology this thief has as a powerful reminder that cars can be targeted even when properly locked.

"People want to take from others," said Betsill. "They don't want to get it on their own ... It's rough."

The Spalding County Sheriff's Office collected several videos from neighbors, but the families ask anyone in the area to check their cameras too to make sure more cars weren't broken into.