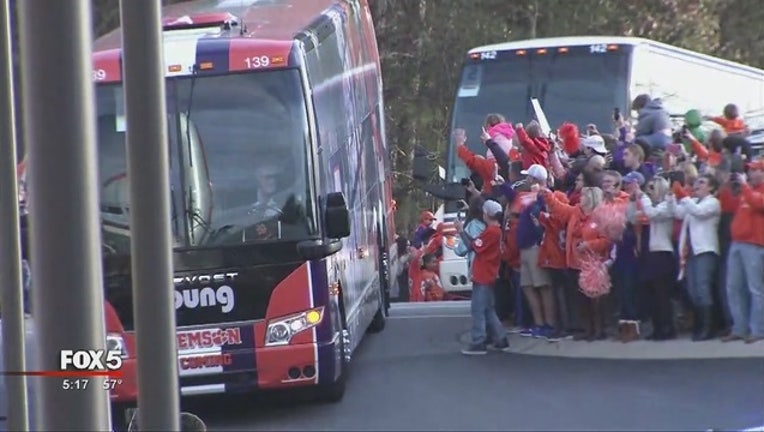 The church normally greets about 70 and can hold 100. This weekend, Piedmont is planning for as many as 160 visitors.

"South Carolina has stayed in the news this year for just awful stuff," Greer said. "Even if it is just 15 seconds and it's something as silly as a sign, how delightful is this?"

Church secretary Kerri Wetzel usually composes the sign on a weekly basis, but Greer tackles the job himself when moved.

When he first came to the church about 18 months ago, he posted: "Our new pastor can't spell, but he sure can prech."

Greer, 31, actually has a Gamecock on his college degree, from the University of South Carolina Upstate, but "that's top-secret," he said. The Greenville native grew up a Clemson fan with a father who treated college baseball games the way other fans treat college football.

But Greer doesn't suggest fans of any team in any sport pray for victory in any game.

"God's not solely a Clemson fan but a fan and lover of all creation," Greer said. "That's not really what I was getting at with the sign. I think the Bible tells us and it definitely says so in Hebrews: 'We can approach the throne with boldness.' So it's not really the praying as much as that bargaining that I'm kind of spoofing there."

Information from: The Greenville News, http://www.greenvillenews.com