MCDONOUGH, Ga. - Parents and students at Eagles Landing Christian Academy said they’re outraged, but not surprised to see a viral video of a student saying the N-word. They said they’ve contacted the school demanding administrators to take complaints of racism more seriously.

The video that was posted online shows a student saying the N-word repeatedly.

A recent ELCA graduate said the recent video is just one of several racist incidents that have taken place there and believes addressing them head-on will not only make Black students feel heard but also improve the school’s overall environment.

"I have been in ELCA since kindergarten. It’s been happening so much in the Black community we can't even say we didn't expect it to happen," Morgan Thomas said.

Thomas graduated from ELCA in 2020. She still knows enrolled students and says she often comforts them when racial problems arise.

"I think part of the reason why they're going around saying stuff so frequently is because maybe they genuinely don't understand the impact of what they're saying," she said. "Without educating people, I’m not sure what you can expect if you're going to take Black history out of your curriculum."

Laura Perry is one of several parents who tell FOX 5 their children no longer attend ELCA. She, and the others who chose not to speak on camera, out of fear of retaliation, said their kids felt racial tension, even before that video was posted. Others say they chose to enroll their children in other schools because of negative experiences.

"I believe," Perry said, "they don't value the children that have been impacted by the discrimination." 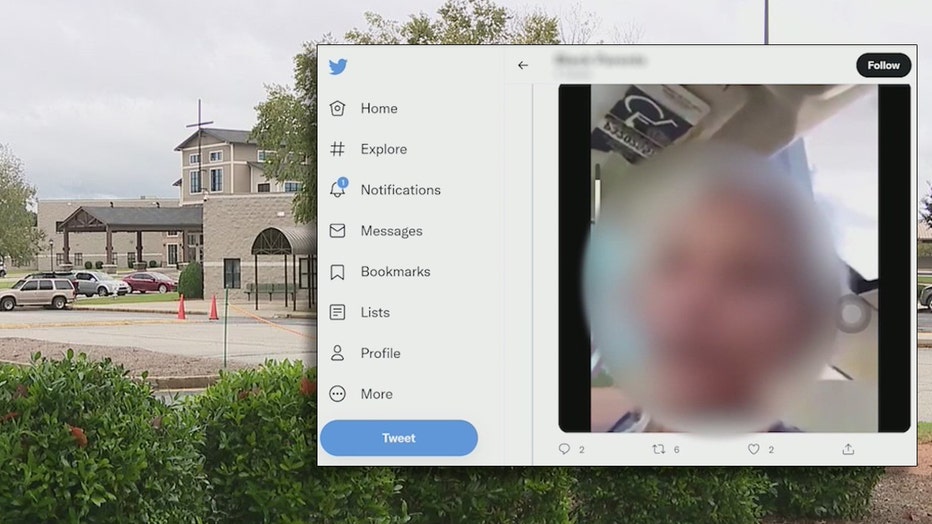 A racially charged video made by a student is upsetting some parents of Eagles Landing Christian Academy. (FOX 5)

Parents sent FOX 5 an email from the school after the fallout from the video in September. It mentions a school fund, the video, COVID-19 numbers, and a football game. Parents said they feel the racist video was glossed over.

In a statement, the school writes in part:

"...we love all people and we do not condone hurtful messages and behaviors in any shape or form including this video. We cannot disclose the disciplinary actions that have been administered as a result of this action due to privacy protections, but we can assure you that this has been addressed by our administration."

FOX 5 did ask the school about claims that administrators have not done enough to make students feel supported. They did not immediately respond.