Store owners in Athens say they are losing business due to the ongoing road construction.

ATHENS, Ga. - Some store owners in downtown Athens fear their shops won’t survive much longer unless they receive some help from the city.

Business owners, like Jill Furman, said they were able to survive the pandemic but the ongoing construction is making it hard to get by.

Furman's store, Margo Metaphysical has been in business for nearly two decades. Her store is among several who have been in downtown Athens for that long.

"The street is mostly taken up by construction," Furman said, pointing out of her store which is located on Clayton Street.

Furman said it's difficult for customers to find parking. There is a parking garage, but she points out it's closed to those who do not have parking passes when large events are going on.

The construction is a part of a $12 million project to improve Clayton Street, making it more pedestrian-friendly. The city plans to add things like benches and bike racks. 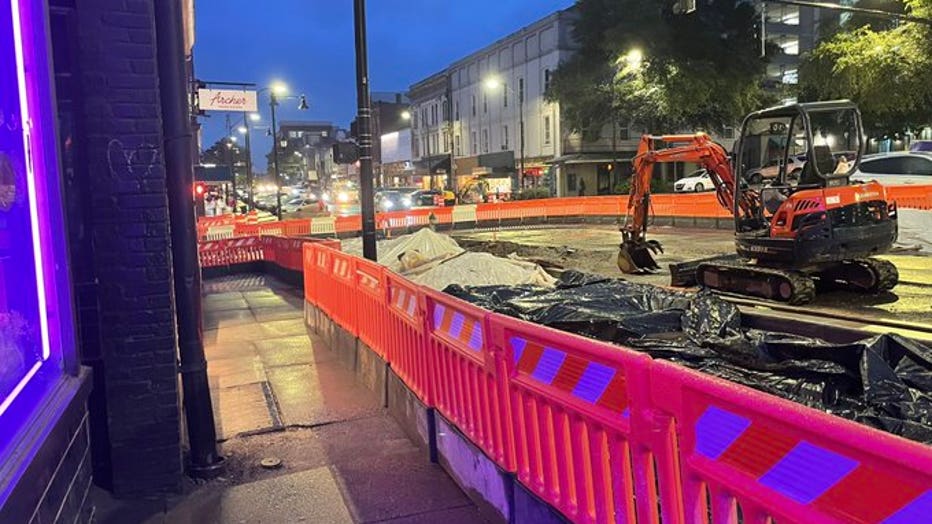 While the improvements are great, Furman and other local shops say they won’t survive long enough to see it completed.

"When you have a thousand going out every day and only 300 coming in, it’ll get bad fast," she said.

Furman said this should be a busy time of year for the shops, with students back at UGA, football starting up again, and the holidays right around the corner.

However, she said business has been lagging.

"I’ve seen a significant impact over the last three or four weeks. Surprisingly, we’re doing worse than now than we were a year ago when we just opened at the first stage of COVID," Furman said.

According to the timeline, portions of the construction have been delayed and are now supposed to be finished by November at the latest. The entire project isn’t expected to be done until next spring.

Furman and store owners say they want some help from city leaders to stay afloat. They would like customers to be able to park in the garages and get parking validated with a receipt from a local business.

"Free parking, advertising, some sort of grant or loan system to help the struggling businesses so they can get through this. And downtown won’t be taken over by corporations and businesses and downtown will stay charming," Furman said.

Furman said there are about 30 business owners who are sticking together and voicing their concerns to the mayor and commissioners.