State of Emergency in New York 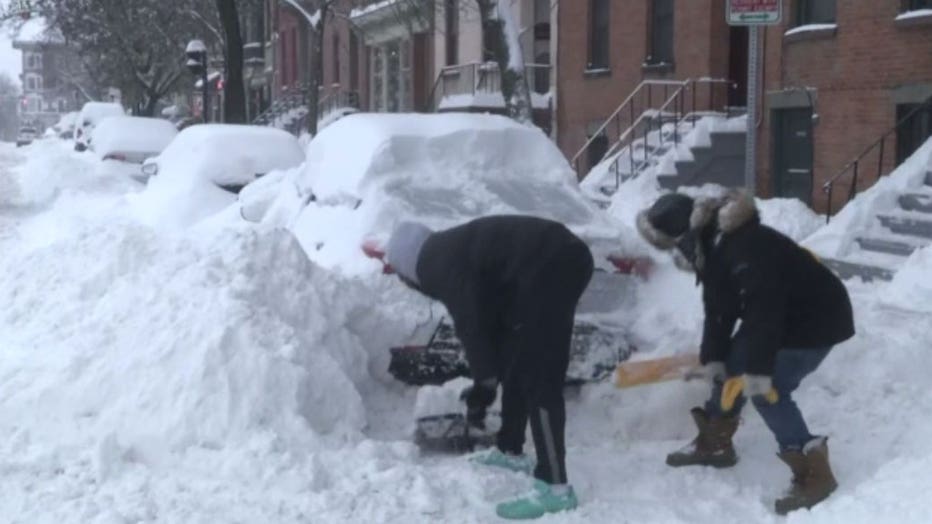 People dig out their car as a major winter storm hit New York on Monday. (Screenshot from AP video)

NEW YORK - A wintry storm that made Thanksgiving travel miserable across much of the country gripped the East with a messy mixture of rain, snow, sleet, and wind, slowing the Monday morning commute, closing schools and offices, and snarling air travel but the worst was yet to come.

New York Gov. Andrew Cuomo declared a state of emergency in seven upstate counties on Monday morning.  He announced that he was deploying 300 members of the National Guard to assist with snow removal and clean-up operations in Albany, Columbia, Green, Rensselaer, Schenectady, Saratoga and Ulster counties. 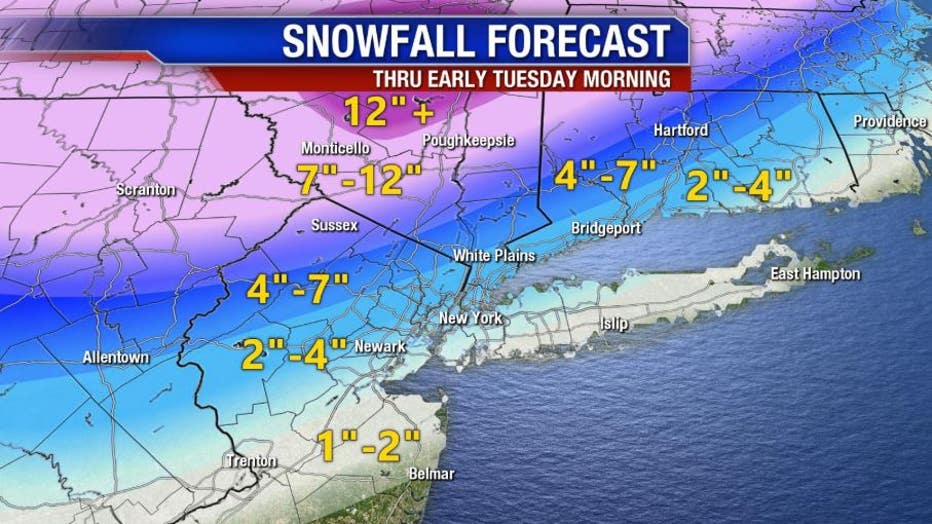 The region could see as little as an inch of snow to the south and more than a foot in the northern areas.

More than 150 flights into or out of the U.S. were canceled Monday morning, with more than 270 delays.  Airports in the New York and Boston areas accounted for many of them.

Schools closed preemptively as rain was expected to turn into snow in the region’s first significant storm of the season, a nor’easter so named because the winds typically come from the northeast.

Forecasters said the nor’easter could drop as many as 20 inches of snow by Tuesday morning.

>>WHAT IS A BOMB CYCLONE?

New Jersey state offices closed at noon on Monday as well so workers could get home before the brunt of the storm.

The city of Newark issued a "Code Blue" through Thursday morning, opening several shelters to get people out of the elements.

Inland areas appeared to be in for the worst of it, with the forecast in Albany, New York, predicting up to 14 inches.

Only three to five inches of snow was expected in New York City. Up to nine inches, though, was possible in Boston by Tuesday night.

The trouble began in the East on Sunday as the storm moved out of the Midwest.

State police had responded to more than740 storm-related crashes across New York.  They had also responded to 550 disabled vehicles and ice closed part of Interstate 81 near Binghamton, New York, for a time.

The same storm pummeled the U.S. for days as it moved cross country, dumping heavy snow from California to the Midwest and inundating other areas with rain.