SNELLVILLE, Ga. - A Gwinnett County couple featured on Good Day Atlanta several years ago passed away within eight days of each other.

Good Day's Katie Beasley introduced us to John and Bettye Maurer as they celebrated their 70th wedding anniversary.

We recently learned Mrs. Maurer died on Sunday, January 5. Then, just eight days later on January 13, her soulmate passed away, too. 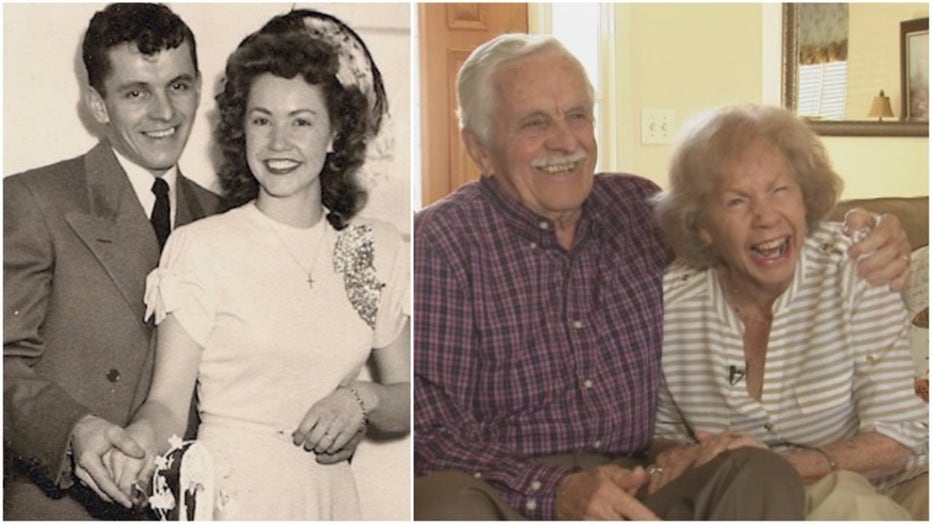 The Maurers met in 1947 when they were both working for the FBI.

"So this FBI agent came and talked to our class and told us they needed employees in Washington, so I thought, 'Hmmm... that sounded kind of fun, go up to Washington to work for the FBI.' Then I had planned to come back during the summer and start college, but I met him," Bettye said back in 2018, motioning to John. "I stayed there and then we got engaged and we got married the following year."

The couple put down roots in Gwinnett County when Mr. Maurer retired from the FBI in 1980. Together they had three daughters, seven grandchildren, and 10 great-grandchildren.

They were married for 73 years.

A funeral mass to celebrate the couple will be held on Saturday at St. Oliver Plunkett Catholic Church in Snellville.