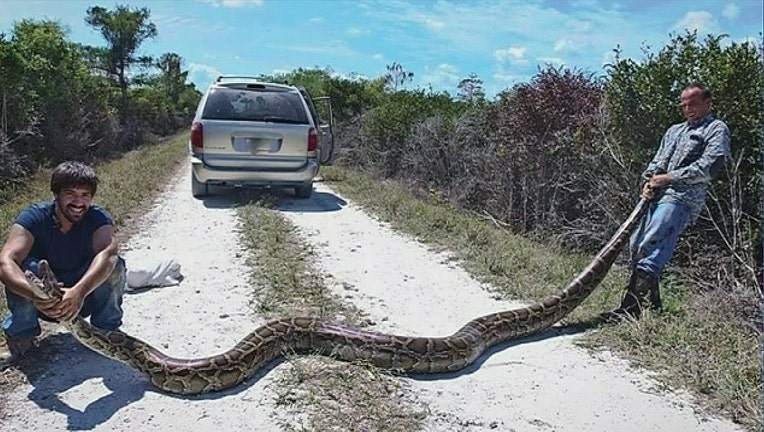 MIAMI - Florida hit another new milestone this week — 5,000 Burmese pythons have been captured in the Everglades since the state started paying hunters to track them down in 2017.

The program is managed by the South Florida Water Management District and the Florida Fish and Wildlife Conservation Commission, which made the announcement on Tuesday.

“Another win for the Everglades,” Ron Bergeron, a water district board member and an avid python hunter, told the Miami Herald. “Each invasive python eliminated represents hundreds of native Florida wildlife saved.”

The pythons have become a threat to the fragile ecosystem in the Everglades, disrupting the natural balance of predator and prey. They've been successful at reproducing in the swampy Everglades because they have no predators. Females can lay up to 100 eggs.

That's why state started the bounty program, in which registered hunters earn a minimum wage rate for up to 10 hours of work a day, plus a bonus for their catch: $50 for each python measuring up to four feet plus $25 more for each food measured above four feet. Hunters who catch a nesting female python earn an additional $200.