As an&nbsp;industry, lumber used for construction framing in houses has more than doubled in the last year.

If you’ve looked around the metro Atlanta area recently, you’ve noticed that new homes are popping up everywhere, from the outer suburbs all the way to infill lots in midtown Atlanta. But there is one problem that’s impacting builders, developers, buyers, and brokers alike.

As an industry, lumber used for construction framing in houses has increased just 180% in the last year, according to the National Association of Home Builders. That’s almost triple in just 12 months.

Other house components have seen cost increases as well, but nothing like lumber.  Labor, bricks, windows, roofing, and plumbing fixtures are all higher this year, but nothing like the stunning rise in lumber prices.

FOX 5 real estate expert John Adams says these rising prices are important to know for home buyers because of how much of the home is built primarily out of wood.  Think about it.  If you’ve ever watched a new home being built, the foundation goes in first. That is usually concrete and cinder blocks. 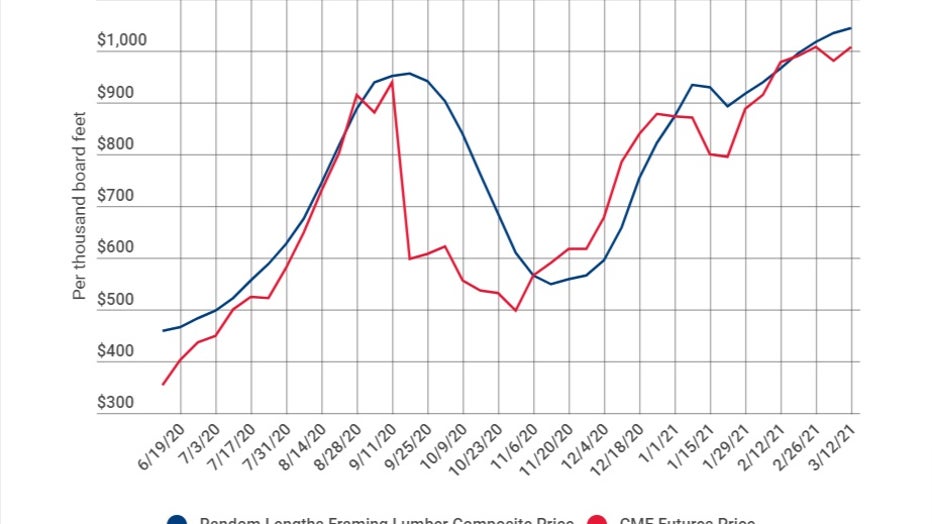 But from there to the top of the house, all of the framing is composed almost entirely of wood - wood floor joists, plywood flooring, 2x4 or 2x6 walls for the exterior and every room,  plywood sheathing on the exterior, engineered wood trusses for the attic, and plywood decking for the roof - and that’s just the abridged version.

Adams says the past year has been the "perfect storm" for lumber buyers due to a number of factors: 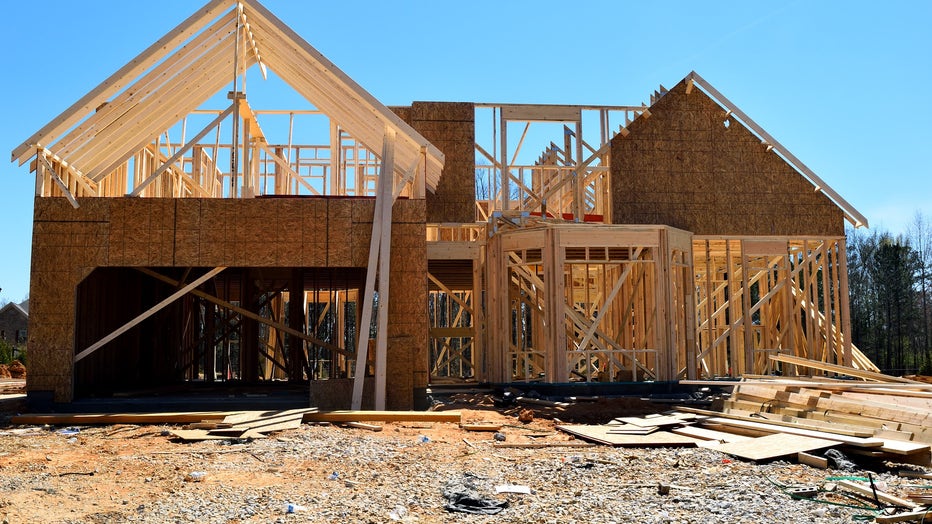 The price of the finished product has increased by $24,000 on average, but that added cost reverberates throughout the overall build project as the uncertainty of cost is built-in to all estimates for almost everything.

Builders are backing away from the pre-construction sales model. Many buyers are used to seeing a built model home and writing a contract for a new house based on the floor plan. Today, builders have scrapped that sales model and choose to finish each home before setting a price. That slows overall production but is safer for the builder.

In a period of strong demand for homes and short supply, there is no relief in sight for consumers as the industry scrambles to meet the needs of home builders as well as those of other purchasers.

Soaring prices for wood have lifted the average price of a new single-family home in the U.S. by more than $24,000 since last April, according to the National Association of Home Builders. Adams says his father always said "Money doesn’t grow on trees!" but now he thinks his dad just might be wrong.