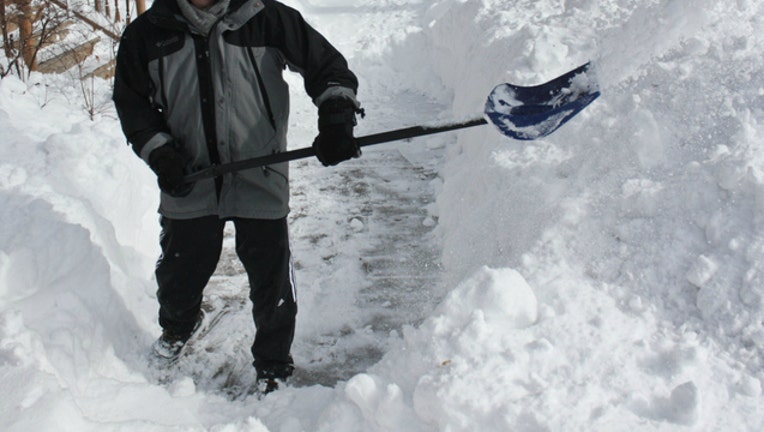 DENVER (AP) -- Skiers throughout the West gleefully flocked to resorts Thursday to take advantage of deep, fresh snow dumped by a series of winter storms that were moving east and threatening turbulent weather across much of the Southeast.

At Deer Valley in Utah, Emily Summers said her boss kicked her and her co-workers out of the office and told them to hit the slopes and take advantage of a winter that only comes once a decade.

"This is the snow we dream of," said Summers, a spokeswoman for the resort.

The storms pounded parts of California, Utah, Colorado and other states as they made their way east, creating difficult driving conditions and closing roads. Small avalanches and white-outs were reported in some areas.

More than 6 feet of snow had fallen in the upper elevations of the Sierra Nevada since Sunday. In Idaho, snow accumulating for several weeks reached 15 inches in Boise.

Uber driver Jesse Lowman said the record snowfall has been good for business in the city.

"We've got a lot of people stuck, calling in to get rides all the time. It's pretty fun," he said.

Most of the side streets in the city haven't been plowed because the highway district is focusing on keeping main roads and feeder streets open. Some neighborhoods were tough for Lowman's pickup to traverse.

In Sandy, Utah, A.J. Simmons took advantage of his day off to go sledding with his 2-year-old son for the first time.

His son, Everett, mostly cried as his father pulled his sled slowly down a small hill at a park in frigid temperatures. After one run, Simmons put his son in the warm car with his wife and took a few trips down the hill himself.

The turbulent weather was expected to spread a wintry mix of rain, sleet and snow across large swaths of Alabama, the Carolinas and Georgia, with 2 inches of snow forecast for Atlanta.

Ski resorts in the West used their social media accounts to spread the news of the white stuff and lure skiers who have been anxiously waiting to hit the slopes.

A skier was rescued Wednesday after dangling from a Colorado chairlift after his backpack got caught. Luckily, a professional slackliner ��� a type of tightrope walker known for acrobatic tricks ��� climbed the lift tower and slid across the cable to reach him.

Mickey Wilson was able to cut the strap, sending the skier falling about 10 feet into the snow below, where a paramedic and ski patrollers waited at the Arapahoe Basin Ski Area. He was taken to a hospital and released.

"Just seeing a person get the life sucked out of them. I kind of stopped thinking and just starting acting," Wilson, who works as a part-time ski instructor for the resort, told The Denver Post about the rescue that was captured in images posted online.

The heavy snow and strong winds raised the avalanche danger in much of Colorado's high country. Some passes were shut down so crews could reduce the chance of slides.

With a threat of freezing rain in parts of the Deep South, forecasters urged residents to be on guard and avoid driving if conditions deteriorate.

"If you have a four-wheel-drive vehicle and you think you're safe, you're not," said Mike Schichtel, lead forecaster at the federal government's Weather Prediction Center in College Park, Maryland.

This story has been corrected to say the storm is moving toward Southeast, not Southwest