The mother of two said when she was first diagnosed, her first thoughts were over her kids. A team of doctors helped her beat cancer.

ATLANTA - Now 40, Ebony-Joy Igbinoba, the mother of a 9-year-old daughter and an 8-year-old son, was feeling run down in the spring of 2019.

So, the Fulton County woman went to see a new primary care doctor with Wellstar Health System, who recommended she get a mammogram.

"That early detection saved my life because I ended up having 4 tumors, 3 were breast cancer, at 38-years-old," Igbinoba says.

She was a single mom, hundreds of miles from her family in Miami.

"So, the first thing I thought of were my kids," she says.  "They had just started kindergarten and first grade. And, my big thing was carpool and soccer practice, homework, loving on them?  My life flashed before my eyes.  Who is going to do all this for them?  Who is going to love them? Who is going to be there for them?"

But Igbinoba quickly realized she was not alone.

She was assigned a Wellstar cancer team.

"I was, like, 'I am a mother, and this is what I need to survive for my children," she remembers.  "And, they listened to me."

"We are constantly challenging each other, our ideas, our thoughts, is this the best treatment for that patient," Dr. Hahm says.  "The goal is very patient-centric.  They are the focus, and they are the most important.   But, we want to give them cutting edge therapy, the best possible therapy, and that's where us collaborating is really critical to that."

Igbinoba says the team helped her choose which treatment would be most effective. 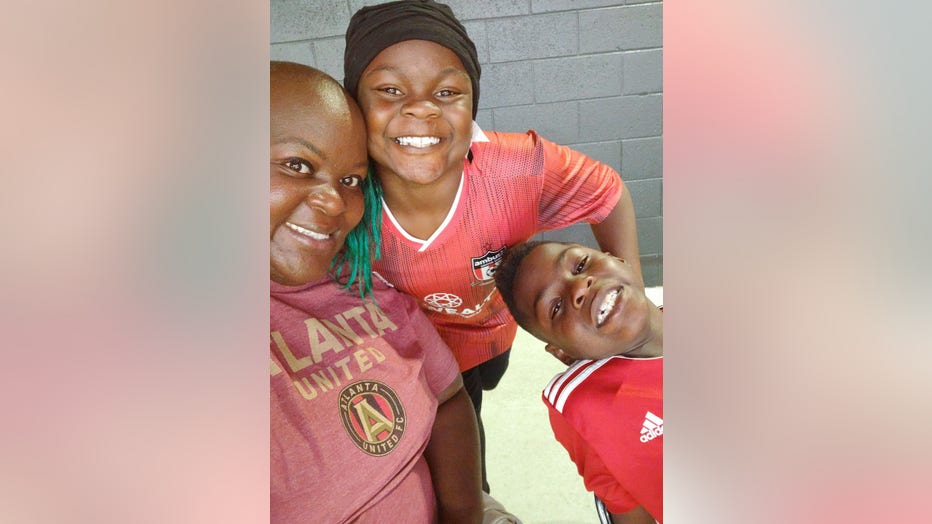 "I will tell you this:  your options are your options," she says,   "They, at the time, I said, 'What do I need to survive?  What are my best options?'  So, bilateral mastectomy was the best option for me.  So, complete removal of both breasts and plastic surgery at the same time."

Later she underwent chemotherapy, then radiation.

"I tell everyone, I have an army," Igbinoba says.  "The moms came out of the woodwork with carpool and practice and the meal trains and gifts and Christmas.  I tell you, there are so many beautiful things in this world.  And that's why I'm sitting here because I want people to know that early detection is important.   And I can have joy because I was early-detected."

Today, Ebony-Joy Igbinoba is nearly two years out from her diagnosis.

Tests show no signs of cancer in her body.