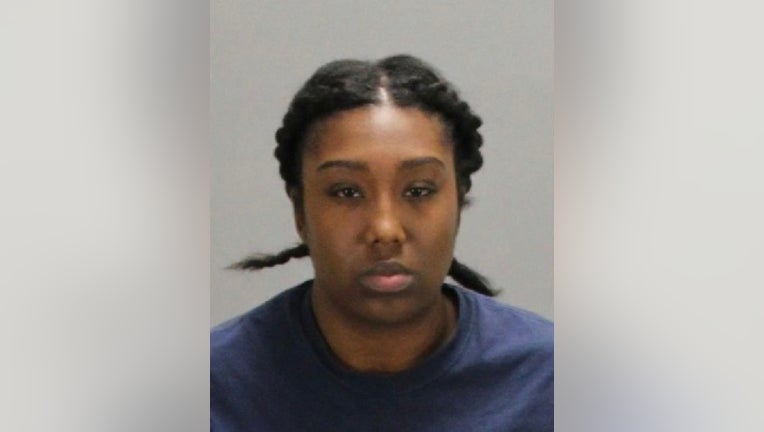 On October 26, officers found Eyton Lemar Edwards, 28, dead outside the school. Video surveillance showed an older 2-door silver BMW approach Riverdale High School. The passenger exited the vehicle and approached the victim, pushing the victim in the back and taking the bag the victim was carrying. The passenger of the car then shot the victim several times with a .380 handgun and ran across the street with the bag.

Detectives were able to identify the suspect as Marvin Elliot Germain. He is wanted on charges of Felony Murder, Aggravated Assault with a Deadly Weapon, and Armed Robbery.

Earlier this week, officials say they identified the driver of the car as Germain's girlfriend Imani Burke-Cox. On Tuesday, Cox was told to turn herself in by Riverdale police, but officials say she instead tried to escape the county.

Deputies took Cox into custody after a traffic stop. Officials say all of her clothing was found inside the vehicle.

Cox is now in custody at the Clayton County Jail. Deputies have not released what she is being charged with.

Germain, who was named the most wanted suspect by the Clayton County Sheriff's Office in November, has not been apprehended. 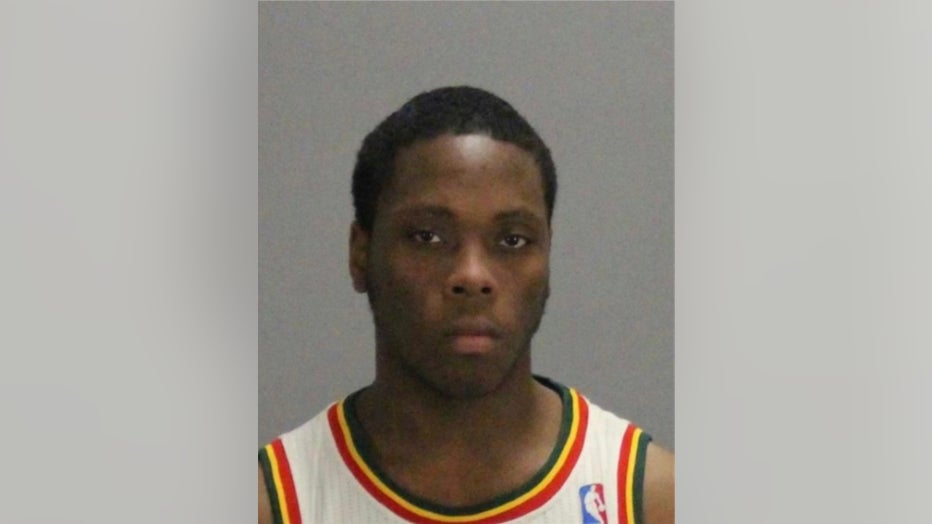 He is described as a black male with black hair and brown eyes, standing at a height of 5’10” and weighing approximately 180 pounds. He is known to have a tattoo of a mechanical brain on his left leg.

Law enforcement officials say Germain is to be considered armed and dangerous, and if anyone who sees him should call 911 immediately,  If you have any information about Germain’s whereabouts, please contact the Clayton County Fugitive Squad at 770-477-4479.